RedRhinoFX
Mar 25 2016 at 10:54
Member Since Nov 09, 2013   395 posts
I was interested in their service but after a few questions I found out its ForexEnvy , then FXZEN, now Cash Cow... all from cornerstone investment group. Maybe you know them.

It is a martingale Grid system with equity protection. They hide the lotsize for that reason. 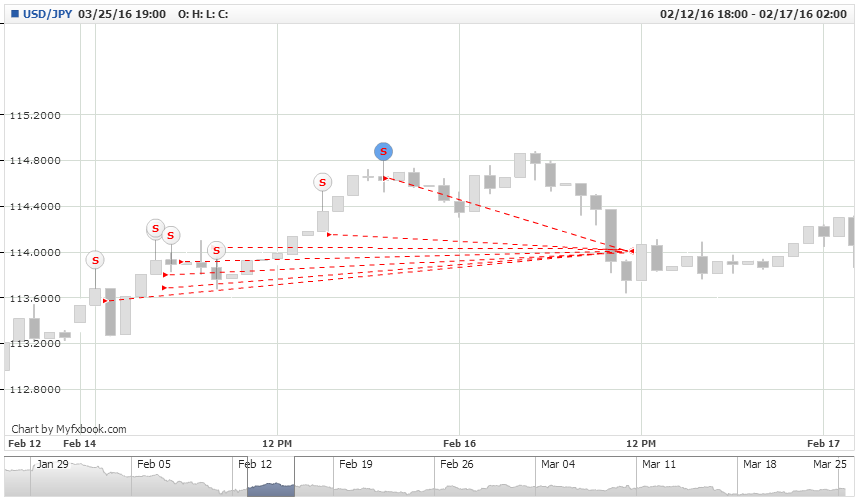 We do scale risk to enter trades. This is when a trader places many smaller trades in a zone they feel the probability of a retracement is high. We find this to be superior vs one large trade.

If you have questions, just ask us. RedRhinoFX (AKA Frank) is selling a competing signal, so his motives for deception are clear. He enjoys going to other threads and trying to trash other signal providers to make his own system look better.

I say we let the public decide. There is no reason to stock other vendors and try and deceive people by saying things that are not true. Shame on you.

didarsd posted:
hi ..
Anybody use this signal....if update will be helpful...

We have a lot of subs through www.signalstart.com and www.mql5.com

I think there is one review from a sub on www.mql5.com.

FXtrader2010
Mar 28 2016 at 01:58
Member Since May 20, 2011   724 posts
I am subscribed to this signal and the management is excellent! The losses are cut to avoid from going into massive DD and I have made really easy money on this only two weeks in. The author has since increased the subscription price and I think I will be continuing as the signal does use a stoploss and is managed tightly so it doesn't get out of hand.

Hopefully we can finish the month strong!

RedRhinoFX
Mar 28 2016 at 05:59
Member Since Nov 09, 2013   395 posts
That is untrue, mister Cow. I was interested but I can't invest in martingale system. You increase risk, adding to losers, and it's most dangerous strategy. Everyone know that. Open your lotsizes and others can see the lot progression. but please don't mislead people. I see that as too often.

Keep in mind both entry strategies will be using a fixed risk of 5% in this example. So they are risking THE EXACT SAME WITH FOUR TRADES OR ONE TRADE. THEY JUST USE A DIFFERENT STRATEGY FOR ENTRY.

Does the strategy of using four trades at 0.25 lots (total of 1.0 lots) any different from a RISK MANAGEMENT PERSPECTIVE than one large trade of 1.0 lots if both are risking 5%???

The answer is no.
They are risking the same. The only difference is the second entry strategy is using SCALING to enter the EURUSD short.

Does this mean that Scaling is the same as Grid trading???

The answer once again is no.

The trader is simply using an alternative entry strategy that spreads risk over several entry points vs one large position. The concept is not so complicated and has benefits. I invite you to try this Rhino. Just stop going from forum to forum and trolling us by calling us a grid. Its unprofessional as a vendor.

The market can stay irrational longer than you can stay solvent.
Quote Message Report
Please login to comment .