Can the real traders please stand up

speki posted:
<i>Samaritans (until 2002 known as The Samaritans) is a registered charity aimed at providing emotional support to anyone in distress or at risk of suicide</i>

the samaritans are worthless.

if you are ever feeling like offing yourself and you wanna try on a pair of handcuffs, they are the folks to call.

that is all that they will do for you.

the first thing that they do is they figure out if you are armed, the cops will wanna know this..

the next thing they will do is use their caller id to figure out where you are located..

and then they call in the cops.

they do nothing for a person that is suicidal.

allow me to clarify that i mean no disrespect to the police, they have a very difficult job to do, and they are not babysitters.

i have had several friends commit suicide.

one jumped from the fire escape in san francisco, six floors up, he died instantly. he spoke to me not two minutes before he jumped. a very nice man, he was.

another friend of mine jumped from a parking garage in santa monica, nine floors up, dink.

the cadillac method to commit suicide is a nice dose of nembutal, thats the stuff that they use to put dogs and cats and horses and whatnot to sleep, nice and peaceful.

marilyn monroe died from an overdose of nembutal.

switzerland has a very nice agency that will kill you, deader than a doorbell.

for the very brave, there is always suicide by train, usually it is very effective.

there are people that walk in front of trains that are traveling in excess of 100 miles per hour.

usually there are body parts strewn all over the place.

one young lady, probably around twenty years old, had lost her boyfriend, she did exactly that.

and then there is always the cold spring bridge, located in santa barbara..

that thing is some four hundred feet off the ground, something like 55 people have jumped off of it, nobody has ever lived thru the fall.

i was having a very nice conversation with a man at a coffee shop, an exceptionally nice man, he brought up the subject of suicide...

he told me of a 14 year old girl that recently took a city bus to the golden gate bridge in san francisco, she is now dead. 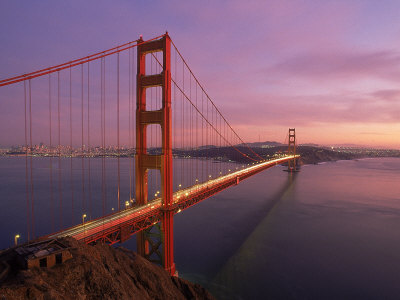 he also told me of a man in his neighborhood that was about to lose his home to forclosure and so he killed his entire family and then killed himself, as an alternative to becoming destitute and homeless.

i am not suicidal, plz do not call the samaritans, lol..

it is my opinion that we should allow those that are suicidal an option to do so peacefully..

Chikot posted:
Thanks Speki, I am actually considering what you just mentioned and my wife is making massage with oils. so, hope I will be fine sooner or later. :)

i will flip a quarter to see who goes first..

btw, i like to leave on my underpants... just a heads up..


marilyn monroe was a sweetheart and so am I.


i am not suicidal, plz do not call the samaritans, lol..

zzzero
Aug 08 2011 at 01:23
Mitglied seit Jan 26, 2011   1367 Posts
Anatomy of a Teen Tragedy Three friends met at the railroad tracks. Two ended their lives. What were the girls thinking? Their own words offer a hint.
May 16, 2010|By Mari A. Schaefer, Maria Panaritis, and Joelle Farrell INQUIRER STAFF WRITERS

Editor's note: In the weeks after two teenage girls from Delaware County committed suicide in February by stepping in front of an Amtrak train, The Inquirer interviewed dozens of friends, relatives, police, public officials, and school personnel in an effort to reconstruct how this tragedy took place and to help understand the causes and recognize the warning signs of teenage suicide.

Vanessa Dorwart was out the door in a flash.

The Interboro High School sophomore seldom went anywhere without first considering, 'How do I look?' But on this late February morning, the 15-year-old got out of bed, pulled her hair into a ponytail, threw on some clothes, and zipped out.

No primping. No purse. No Burberry perfume.

It was just Vanessa, her BlackBerry, and a 1 1/2-mile walk to the Norwood train station.

'I'm going out real quick,' she told her older sister, Frankie, 17, also home sick from school. The sky was blank and the air thick with the kind of chill you get before a winter storm. Weary souls were bracing for more snow in a paralyzing winter.

'I'm meeting up with Kelly and Gina, and I'll be back.'

Vanessa, Kelly Cashwell, and Gina Gentile were a teenage triumvirate, inseparable. They liked sleepovers, dances, and Facebook, this tight trio from a cluster of towns just beyond the runways of Philadelphia International Airport.

These clues, if they may be called that, came from Vanessa's cell phone. The phone she tapped on as she approached a picture-postcard park between her Glenolden home and the Norwood station, 20 minutes away.

It is impossible to know Vanessa's thoughts the morning of Feb. 25 as she set out to join the other two who had cut class. The mind of a teenager is a thing of mystery, a tempest of coming-of-age.

Even more mysterious is what could have driven the three friends to meet on the tracks. That question would leave their community thirsty for answers, loved ones writhing in regret, and people at a distance, people totally unconnected, stunned at such tragic resolve.

Vanessa walked through blue-collar Delaware County boroughs built by 19th-century railroad dreamers as country escapes for the well-to-do, who have long since left. The bedraggled boroughs sit along the Delaware River's once-muscular industrial spine.

marilyn monroe was a sweetheart and so am I.

i remember logging into the oanda forum last christmas...

it was the day before christmas..

i had not a nickel in my pocket..

i had hardly a crumb of bread to eat.

i was starving for food.

i talked about this in the oanda forum..

i was not really asking for anything.

i was just thinking out loud.

bruce margolese took this as an opportunity to kick me.

he told me how he was sitting around with his family and that he was stuffing food into his head..

bruce is no sweetheart.

bruce is a dog.

bruce is a heartless criminal.

do not be fooled by his kind.

bruce called me a fool for being robbed on this project by my unethical partners.

shame on you, bruce margolese.

if you ever grow a conscience, it is going to hurt, just a heads up.

chikot said something that keeps going around in my head...

he said that he trades oil because it is a real commodity..

unlike gold, which he doesnt trade, that is just a worthless shiny metal..

do you honestly think that you are trading real oil?

do you get oil on your hands?

do you have even a quart of oil in your hands?

is gold just a shiny metal?

go out on the street corner, have 1k of oil in your left hand and 1k of gold in your right hand..

place for sale signs on each, see which sells first for 1k..

try to sell either the oil or gold for ninety cents on the dollar...

which will sell first?

besides that, you will need a small truck to carry 1k of oil, 1k of gold will fit in the palm of your hand.

gold is just a shiny metal.

I never kicked you or slandered you. The truth is very powerful. They always try to shoot the messenger. You have a good heart and most of the time you make good sense. Common Sense means letting go and moving on. You caused me harm however I forgive you and I am free now from my anger.

Look at the coward that removed himself from the contest because he blew it before the end. You are not a fool or a coward.

You are correct about Gold as it is money and a store of wealth. Can I send you some Gold ?

Good Fortune and do not ever give it up.