Zarejestruj się Sign Up
Calendar
Przegląd
Calculators
Open an account with XM Group
To use chat, please login.
Back to contacts new message
Would you like to receive premium offers (available to Myfxbook clients only) to your email?
You can unsubscribe from these emails at any time through the unsubscribe link in the email or in your settings area, 'Messages' tab.

Maxim (Globtroter)
May 04 2020 at 15:37
Członek od Mar 10, 2015   27 postów
It was assumed that the pair will return to the downtrend after trading the zone of the previous daily peak (~1.0990).
Monday was the time when negative world news that came out over the weekend became a trigger for the opening of the Pacific and Asian sessions. The relay was picked up by the markets of Russia and Europe, and then the United States joined the trend.

After closing on Friday at ~1.0984, on Monday (04.05.20), the cross rate of the EURUSD pair was at 1.0914, pulling the position out of the minus with the lot already doubled. The current level of entry into the Market was attracted by increasing the lot size and thereby reducing the drawdown distance by half. Now the price is already trying to trade in the positive zone. However, tomorrow, on Tuesday 05.05.20., there will be an important decision of the German court, which can create volatility in the Market. Also, we expect data on unemployment in the US, this is also volatile news.
In General, neither the bulls nor the bears are feeling determined yet. We need to wait until tomorrow to see exactly how the Market will trade such news.

Meanwhile, the pair is trading with a bearish mood, because as a result of the European session, the traded horizontal corridor with a 10-fold change in the vector was finally broken towards the South. Although everything can change quickly and easily, at this stage, this is a good sign for bears and for an open sell position.

If the pair starts a sudden growth, it will remain to watch it until the area of the second daily crisis peak ~1.1140 is reached. However, on the approach to it, there is still a daily vertex from 03.02.20. Therefore, the price may rest against it before reaching the correction goal of 1.1140. But this is a matter of technique. The trader works with consequences. So we'll just wait for developments.

While it is possible to state another confirmation of the fundamental technique. And the MT5 trading platform has once again shown its advantages, allowing you to increase the volume of operations performed, and move the level of entry into the Market to a more profitable value.
Załączniki: 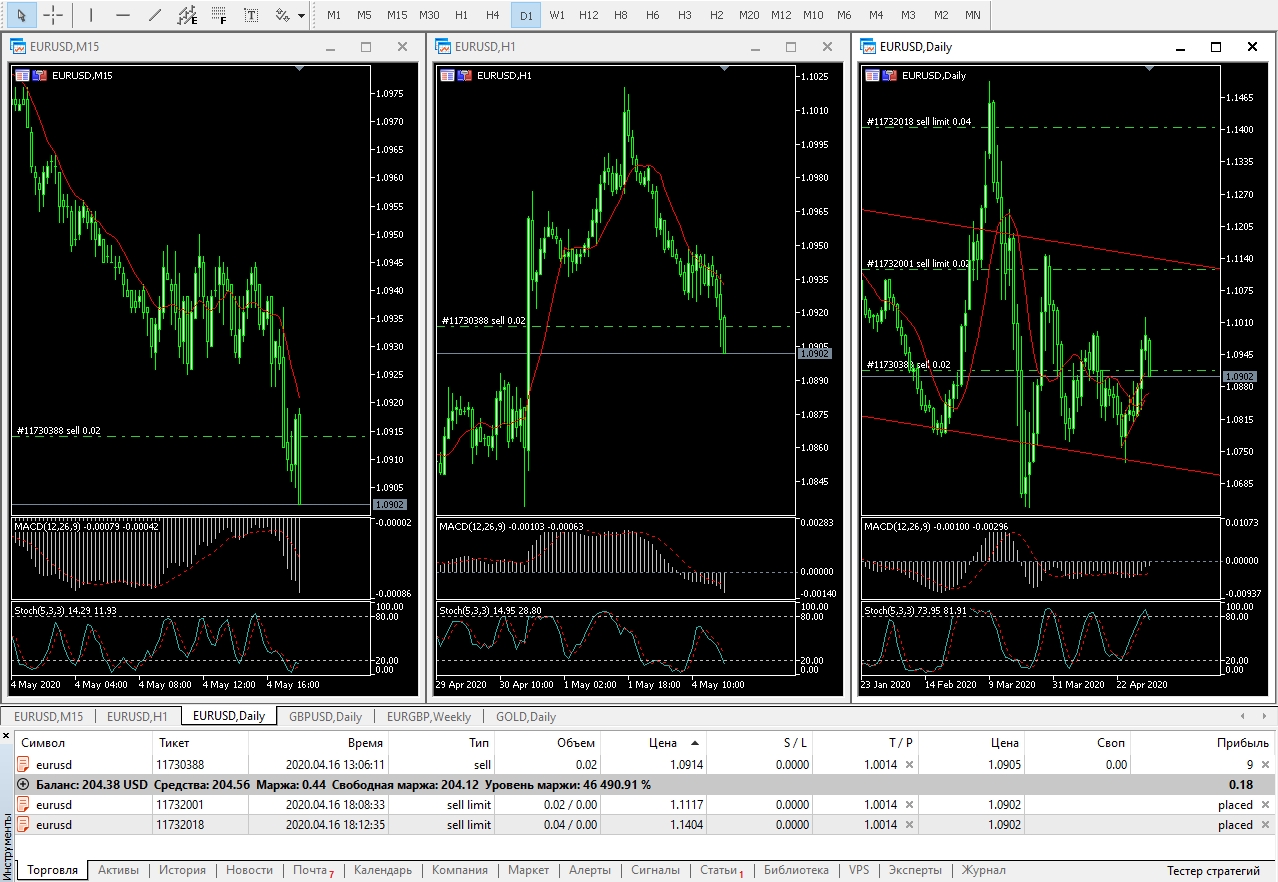 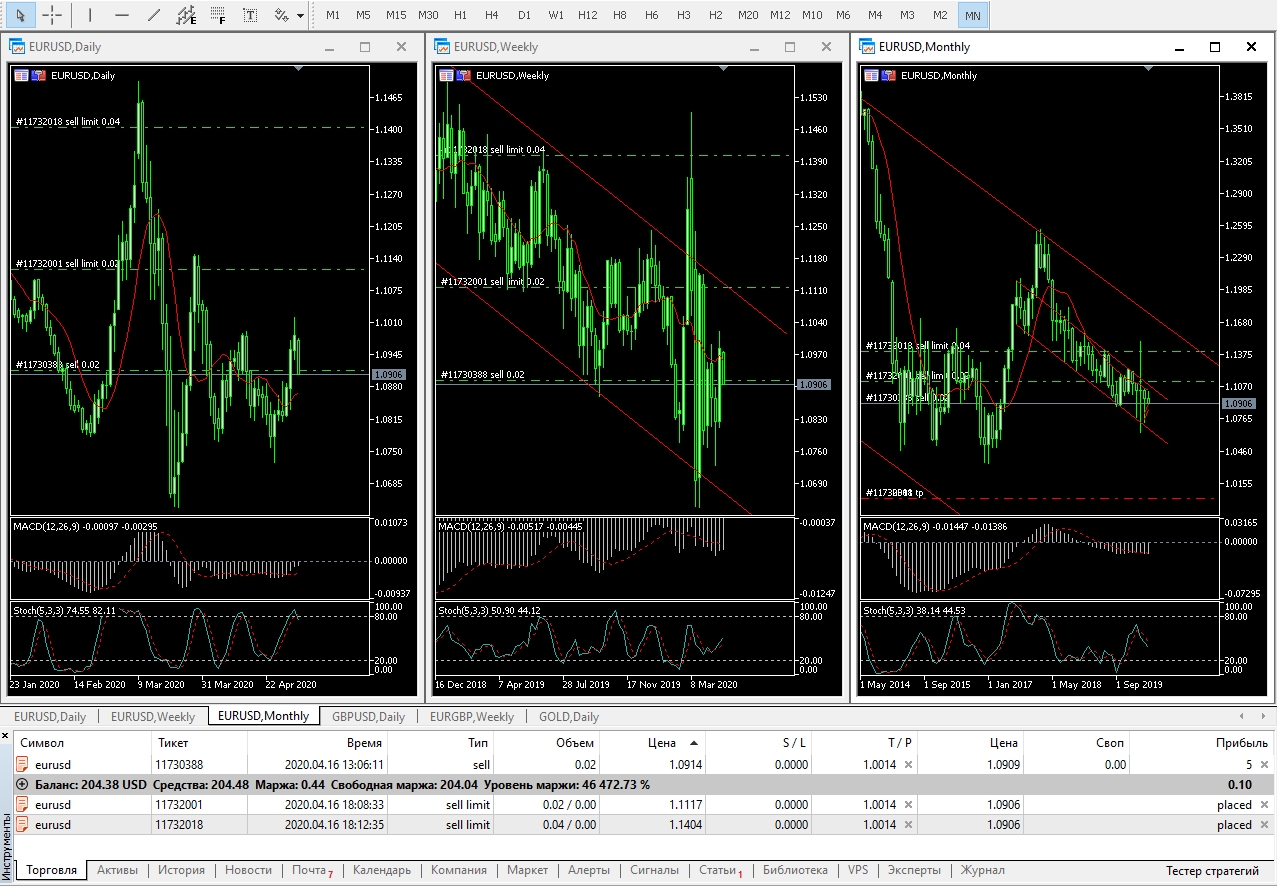 Just do it
Cytuj Wiadomość Raport

trade currently stands at 6.5r on all positions combined. thats +6.5% on a single trade as of now. looking for the reversal tocontiue and give me more than 20r total

everything is possible, put the effort and do it, dont let anyone discourage you
Cytuj Wiadomość Raport
Aby dodawać komentarze musisz być zalogowany.

Polski
©2021 Myfxbook Ltd. All Rights Reserved.
HIGH RISK WARNING: Foreign exchange trading carries a high level of risk that may not be suitable for all investors. Leverage creates additional risk and loss exposure. Before you decide to trade foreign exchange, carefully consider your investment objectives, experience level, and risk tolerance. You could lose some or all of your initial investment. Do not invest money that you cannot afford to lose. Educate yourself on the risks associated with foreign exchange trading, and seek advice from an independent financial or tax advisor if you have any questions. Any data and information is provided 'as is' solely for informational purposes, and is not intended for trading purposes or advice. Past performance is not indicative of future results.