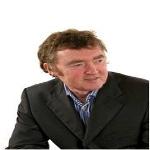 바이오:
Nationality: British DOB: 8 July 1953
Education: BSc Biochemistry 2.2. PRINCE II certified.
Member: Chartered Institute of Securities and Investments
Languages: French
Managing Director Skyfox Capital Ltd July 2013 to present
MD at prop FX trading firm based on automated systems. Developing low frequency algorithms for FX vector error correcting models (VECM) specialising in EUR/YEN.
Managing Director Capital Stocks & Commodities Ltd Jan 2013 to July 2013
MD and also the head of the FX desk in this small start-up firm. I designed quant algos in Matlab and implemented them in live trading environments with one other trader. I devised algos for Alpha models and Risk models and predicting market high and low rates based on overnight trading data and the interaction between the FX exchanges.
Prop FX Trader Feb 2006 to Jan 2013
Traded UK equities/options/FX on my own account. Generated income on a daily basis and developed my own strategies and algorithms. Developed an automated version of my strategies using SMART routing, Excel spreadsheets and Meta4.

tonysfx feed 에서 Oct 02 2014 at 14:28
This account was opened in February and I set out to stress test the possibility of trading without stops. The first test was based on a shorting strategy and this brought the drawdown to almost 40%, ...

Tony Stephens 에서 Nov 27 2014 at 11:17
We are in the process of closing this account now. To date the account has been traded on a discretionary basis and trading rules have been exhaustively tested. The trading rules will form the basis o...
Tony Stephens 에서 Nov 24 2014 at 10:58
The account has not evaporated. Drawdown is high. I am learning a great deal. To date my method has produced 95% of trades going to profit. That is still the case. What I am learning from this is how ...
Tony Stephens 에서 Nov 23 2014 at 08:08
Hello tranlee,Drawdown is very high at the moment so I have stepped back from trading and publishing. Yen devaluation and G20 summit caused such volatility it stopped me trading. Should be back on tra...
Tony Stephens 에서 Oct 26 2014 at 07:31
Se il vous plaît contacter Gregory Nepse à gregorynepse@skyfoxcapital.com
Tony Stephens 에서 Oct 26 2014 at 07:31
Hello. Yes - to a point. Earlier this year I tested the strategy without stop losses. I quantified how much of the account I could drawdown and still make a profit. The first test was short biased. Th...