parish
Mar 06 2019 at 12:48
Miembro desde Nov 03, 2018   posts 60
its slow the whole market exept some peaks after some news. but not like other weeks maybe the geopolitics of us with the report that comes out this week of de president of america if positive a explosion up en if not a tumble down
i trade to make money not to be right
Cotación Mensaje Señalar

Joe (peptraderfx)
Jul 01 2019 at 19:13 (editado Jul 01 2019 at 19:15)
Miembro desde Jan 15, 2011   posts 87
Problem with traders is not the analyses it's the management. Buying dips is easier said than done. How far the dip and swing on your trade is the problem. There's a way to analyze this. I would like to see more micromanaged technical analyses and no objective buy and Sell theories that when the market goes in that favor all of a sudden all the prospects post come out saying see I was right. Yes I guess you were.
The Turtle always wins the race!
Cotación Mensaje Señalar

VGIFXAmmy (Ammy2323)
Jul 04 2019 at 13:40
Miembro desde Jul 04, 2019   posts 10
The Australian Dollar has outperformed for a second day, presently near high.AUD-USD posted a 57-day at 0.7047, extending gains seen from yesterday’s at 0.6956, seen in the immediate wake of the RBA’s rate cut. Markets had mostly priced-in the move, with Aussie money markets having factored in 85% odds for it. Given this, along with some cautiously upbeat remarks on the outlook in RBA Governor Lowe’s statement, and the thawing in US-China tensions, the scene was set for a rally in the Australian Dollar. AUDUSD has support at 0.7017-20.Next target will be 0.7072 if breakup over 0.7047 line.
Cotación Mensaje Señalar 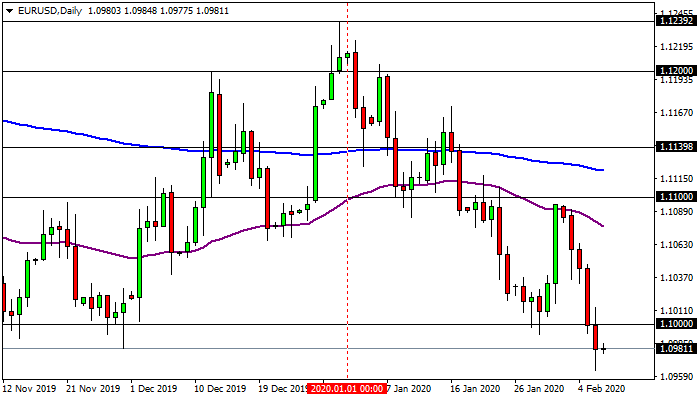 alexforex007
Feb 28 2020 at 16:10
Miembro desde Oct 11, 2013   posts 775
The EURUSD has been very volatile, leaving behind long shadows on the daily candle in both directions and keeping a small real body around the 1.1000 zone. From the current levels, the EURUSD may head in any direction, with the 1.1100 acting as resistance and the 1.0900 as support.
Cotación Mensaje Señalar