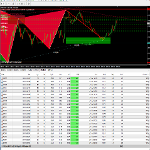 dans Forex Hero Jun 24 2013 at 12:39
my email is [email protected]
dans Forex Hero Jun 24 2013 at 12:39
Please send me your setting on this fore hero EA. i already bought this one 4 months ago. But the performance of it is not good as post result here Thanks & regards,
dans Forex Hero Testing On Think Forex Mar 02 2013 at 11:35
hi guys, which broker are your Hero EA working on?
dans ForexChronos Feb 27 2013 at 10:05
Hi Alex When will your upgrade version of Thor is released. Why you have not replied to trades those who believed and bought your products. You said It will be available at the end of January. but now...
dans ForexChronos Feb 06 2013 at 04:30
Do you have any special offer for those who bought your thorII product If they want to buy more this Chronos? I think that is fair. you know both shark 7.0 & ThorII nod good in trading in many rec...

This was another tough week for the U.S dollar. After disappointing retail sales no one wanted to own dollars and even though CPI, jobless claims and the University of Michigan Sentiment reports surprised to the upside, the dollar struggled to recover. The biggest problem for the greenback is that a growing number of investors are giving up on their view that U.S. interest rates will increase this year. Buying dollars in the first half of 2015 was one of the market's favorites trades because Janet Yellen made it very clear that the Fed was ready to raise interest rates. Earlier this summer she indicated that September was an option and even when she passed on the move because of weaker global growth, she indicated that October would be a live meeting. This guidance reflected a hawkish central banker who wanted to make sure the market realized that they were ready to move in a heartbeat if the conditions were right. Yet with 2 weeks to go before the next FOMC meeting, the market completely ruled out liftoff in October with many giving up on the idea of 2015 tightening as well and this shift in expectations has doomed the dollar. The decline in the greenback this past week has taken the currency beyond key support levels and now everyone is wondering if there is anything that could turn the buck around.

Restoring confidence into the USD will be difficult but not impossible. If Fed Chair Janet Yellen steps up to the podium and says that even with the weakness in recent economic reports, there's enough strength in the labor market or stability in the economy for the central bank to raise interest rates, the dollar will bounce on the hope that they know something we don't. Alternatively if job growth or consumer spending starts to recover, the negative sentiment towards dollars could shift again. Prices should also begin to move higher as the forces that had driven them lower (stronger dollar, lower oil) begin to fade. However for the market to be convinced that 2015 liftoff is still a strong possibility, the deterioration in September needs to be offset by back to back improvements in October. Unfortunately there won't be much insight into the performance of the U.S. economy next week. There are only a handful of housing market reports scheduled for release along with Markit Economic's manufacturing PMI report - these are hardly game changers for the U.S. dollar. As a result, the dollar may actually bounce in the coming week as investors take a break from selling.

Yet with Chinese GDP on the calendar, the lack of U.S. data does not mean there will be a lack of volatility in the forex market. The week starts with retail sales, industrial production and Q3 GDP numbers from China. While we know that the reports will not show dramatic slowdown in the Chinese economy, even a mild deterioration could trigger a wave of risk aversion in currencies. Retail sales growth is expected to hold steady but the sharp drop in imports tells us that demand is falling. Economists are looking for GDP growth to slow to 6.8% from 7% and anything short of that would make for an ugly start to the week. AUD and NZD are at the greatest risk for losses not just because they sensitive to Chinese growth but also because both currencies appreciated sharply in recent weeks.

While China is in focus at the start of the week, Europe will be on the top of agenda at the end with the ECB meeting and Eurozone PMIs scheduled for release. Over the past month, EUR/USD traders completely ignored the deterioration in the German economy because of positioning. The market was short euros on the belief that the Fed would tighten but the negative news flow from the U.S. scared them out of their positions. However investors and policymakers will not be able to ignore European data for much longer if the weakness continues. The ECB is not expected to increase stimulus next week because recent comments from European policymakers show no urgency to add QE but many major banks believe they will have no choice but to increase stimulus in the coming months. We are not sure that more QE is given but the PMIs will go a long way in setting everyone's expectations.

The Canadian dollar is also in play with retail sales and a rate decision on the calendar. Interest rates are not expected to change but given the weakness in Canadian and U.S. data, the central bank has a lot to be worried about. We are looking for USD/CAD to trade back above 1.30 and possibly even 1.31 this coming week.

Finally with U.K. retail sales scheduled for release, sterling will be on the move. Rising wages and lower prices are the perfect ingredients for stronger spending. After dropping to a low of 1.51 earlier this month, GBP/USD recovered quickly and aggressively. We believe there's still some more room for the pair to rise especially if next week's report surprises to the upside.

NGUYEN VAN HUNG Mar 16 2012 at 06:00
4 REASONS WHY THE DOLLAR WEAKENED
The U.S. dollar sold off against all the major currencies today for a few different reasons. 1) First and foremost, the greenback enjoyed a very strong rally over the past month, particularly against the Japanese Yen and became overbought as a result. Although we believe that further gains is likely in pairs such as USD/JPY, a pullback or minor correction is very normal. 2) Secondly, the dollar had been taking its cue from 10 year U.S. Treasury yields and the lack of further gains held the dollar back. 3) Third, U.S, stocks continued to rally with the S&P 500 rising to its highest level in 4 years. This strong performance gave investors the confidence to dip their toes back into risky assets. At the end of the day, even though Europe is mired in sovereign debt troubles and Australia is hit by weaker Chinese growth, if equities maintain their gains, the optimism of investors should benefit those currencies and economies. In other words, if the U.S. economy continues to outperform, eventually Europe and Asia will reap the benefits. The decline in the dollar today has been modest and leaves the downtrend in other currencies intact for the time being. 4) And finally the dollar was hit by S&P’s confirmation that the U.S. rating outlook remains negative. They said it is unlikely that any economic improvement would bring the country’s rating back to AAA.