tell that when you get arrested


You need to do your arrangements.

You will not get further reply from us.

We do not have time for this useless talk.

this wouldnt have been useless talk started by your motives

anyways youve got a lawyer to call tomorrow .

you are nothing but an alias of forex benz

your ip address proves that


so much for this scamming prick !!

anxiously waiting for your products?

What my IP address proved, please explain? I can see you have problem with Benz team . You have complained in FSA against Benz team (as you have told but I don't believe you). Let see what happen. But I believe you are a liar , nonsense, wasting time here and I am the proof of it. You have told I am an alias of Forex Benz- what a nonsense that was. I know I am nothing else but a small client of Forex Benz (If not please prove it 😉) . Btw I have already made about 50% of what I have invested in Forex benz . I have full trust on Benz team as a client. But waiting eagerly what you can bring against Benz with proof.

Have you read the whole post of mine? I have told I lost money in EU forex Benz and then invested money in AUDNZ forex Benz as they suggested forex benz is more effective in low volatile pair like AUDNZ. Then I invested $400 in AUDNZ benz . So far I have withdrawn $200 profit that is 50% of my deposit.

Btw, I replied you because you claimed I am an Alias of Benz ,which was really a nonsense - I am telling again.

That's it. I will not reply you anymore. 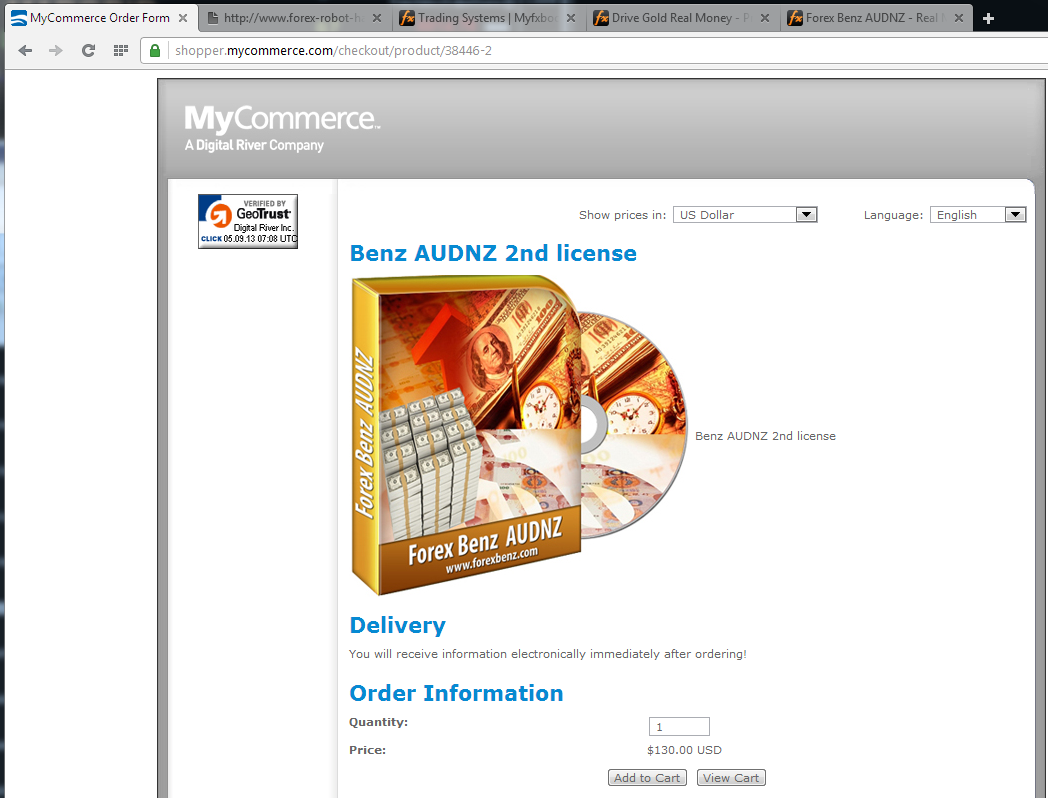 The vendor has already changed the Product information within Regnow, once I shared links.

Here is the proof

The vendor used Regnow to sell Forexgale and then made one mistake of selling the Forex benz under the same Vendor account.

https://shopper.mycommerce.com/checkout/product/38446-1 -- this link is for Forex Gale product

https://shopper.mycommerce.com/checkout/product/38446-2 -- this link is for Forex Benz.

Have a good weekend


I cannot see this relates to Benz.

Your Team is very dishonest.

You have logged into regnow and changed the Forex Benz Checkout with your Forex Gale product.

However, I have screenshot image of the checkout before you changed it.

What else how you done?