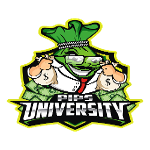 Enjoy Social Media? Check Us Out!

in PipsUniversity feed Sep 09 2014 at 06:43
Check our USD/CAD market commentary!
in PipsUniversity chart Sep 08 2014 at 21:46
USD/CAD is one of our favorite currency pairs to trade, because for #1 it has the USD in it and the USD is our baby because it keeps profit making simple and easy, and #2 our broker only charges $20 p...

The user hasn't posted yet.

On August 6th, 2018, a large number of reviews began pouring in for Pips University. Nearly all were positive. The FPA considered this behavior suspicious, but continued to moderate the individual reviews normally.

On August 10th, a reviewer reported that compensation had been offered for reviews. Evidence was posted in the discussion thread showing that an offer of "hats or a t shirt or something" was made for those who left reviews at the FPA. The US Federal Trade Commission specifically states that compensated reviews must disclose the compensation. CLICK HERE for more information on FTC endorsement guidelines. The FPA considers offering compensation for reviews to be unethical. The FPA does not permit compensated reviews.

The FPA is unapproving all reviews, positive and negative, submitted since the beginning of this incident, except for the one review warning us about the compensation. The FPA has contacted the FTC and will not be approving any new reviews for Pips University until after getting advice from the FTC.

OutlawForex Jun 27 2018 at 12:50
It's obvious that his lifestyle is financed by his students rather than his actual trading activity...What's the old saying? Those that can, DO. Those that can't, TEACH !!!! lol

PipsNewbie Feb 25 2018 at 06:54
Subscribed. I like your challenge idea. I also started my first ever live account - $100 challenge. Lets have fun together.
Show all 8 comments

TheLink May 31 2018 at 14:17
Yeah. The problem as I see it is lot increase need to be weekly. So a couple bad weeks puts you very close to MC. I need to get better with social media updates and stuff but yeah will keep everyone posted

OwenSM Jan 29 2018 at 13:27
Go ahead man show us if its possible coz the majority of us can only risk that much for a venture full of adrenaline lyk dis ...#4Real