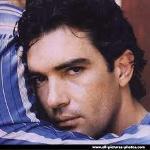 Bio:
Ok, I decide to re-write my bio, so I don't have to go over and over again answering people's questions at the thread.

I started trading in march 2007 without any previous experience. My background is in graphic design, but since I moved to the USA, I always worked in construction.

I managed to save some money in the 2005-2007 Florida construction boom and
was looking for something to do with the cash. Working from home was appealing, trading even better, so I got hooked on Forex.

I have the bad habit of thinking that I'm smarter than regular people, so I started trading under the illusion that I would become a millionaire pretty quick.

I first opened a 100 dollars "paypal" account on Oanda just to test the waters. Things went pretty well on that "semi-demo" account, by May I had 435 dollars.

I was trading ( read gambling ) the cable by the time. It was not rare for me to make 1 or 2 grand per day, the problem is that i was holding losing positions in a separate account. At first, when price was coming back to me it was not a big deal, but soon, my losing positions started to become huge as
the market took off. On top of that, the interest rate deducted from my account was eating me alive.

I shorted the cable all the way from May to October 2007. On the 28th I had my margin call and saw 30 grand go down the drain. By November 9th the cable started going down to never come back to previous levels.

It still hurts to remember those days! I use to wonder if my decision to take my losses and let half of my capital go was the right decision. Especially now looking back and seeing that if I did wait a few days more my losses would become a good profit.

I said I "use" to wonder, because now almost four and a half years later, I see that I took the right decision even if way too late! The pain and agony of losing half of my money became the driving force for me, to get my butt out there, and learn this business.

After the margin call i became psychologically ( and even physically) ill. I could not trade anymore, and when I ventured some trades the market would go against me instantaneously.

With a broken ego and my tail between my legs i went searching for help over the net. I was naive again thinking that I would find somebody to teach me how to trade, and than I would come back with the holy grail and get all my money back.

Oh boy I was wrong! I found myself in the hands of every and each scammer out there.

The curious thing is that I did not spent a whole deal of money with scammers. what they cost me more was time and mental energy. Every frustration after I realized that the so called "guru" was an idiot, would take a toll on my strength to carry on and I saw roughly one year and a half wasted with this people.

By the end of 2009 I was almost giving up, thinking that forex was a big HUGE scam. My losses by this time were around 37 grand! What kept me going was the fact that i could see a logic in past movements in the charts, and I got amazed on how i could not see it in real time.

Than I decided to give it another shot. I started to fry my brain 16 to 18 hours per day studding each and every strategy out there.

The effort payed out, and by mid 2010 I was doing better psychologically and pip wise speaking. I say pip wise because my pip numbers were ok but I was trading cents per pip which takes a lot of the
stress out of the equation.

My goal is to become a full time trader, meaning living out of forex exclusively. After all this time and being kicked in the butt by so many things i obviously developed some experience and expertise. The question is, if it will be enough to win in this game.

The scary part is that, I kind of know a lot about Forex now, and if I can't make it with what i know, I will be in big troubles. Getting busted on the beginning of your learning
curve is something understandable, even expected. But right at the end of the curve is almost fatal!

My objective is to start making 500 dollars per week by the end of August mid September. than I'm gonna bump my pip to money ratio so i double it till the end of the year.

By the first quarter of 2012 I expect to be full time making 2 grand per week.

The problem is that every time I bump my pip to money ratio i go under a psychological test where old habits ( keeping losses while dumping profits) tend to come back, so it might take longer.

Well, my journal is to document the possible transition between a loser and a professional day trader.
Trading style:
Day trading (European/NY session) I close all my positions around 11:00AM or 12:00PM NY time.
Motto:
Forex or bust!

The user hasn't posted yet.