Alpari loses the remnants of decency and credibility. Dirty game.

I decided to share with you the history of my trade in Alpari - a company which you could have trusted in some issues before. But it was a long time ago. Judging by the actions of the company, I suppose that excessive greed will lead alpari into the ranks of companies in the third or tenth tier, in accordance with the methods of its work and honesty of the decisions taken. Perhaps this has already happened...

My story is this - I have quite a few years, and I've been experimenting in trading advisors, I see many advantages in this approach, I use different strategies etc. Of Course the time it takes a lot. Losses on debugging and tests is also very tangible. While brokers are always happy to swallow my losses and never been canceled them, including Alpari. But I will not deviate from the essence of the narrative.

Relatively recently, I was able to adjust the adviser to the actual behavior of the market and to achieve a not bad ratio of loss-making and profitable trades, that of course makes the good mood much more. Especially after all the hundreds of hours spent and own money sent forever into the bowels of the insidious market from its own not rich wallet. My mood followed with me at that time, as the money that had been lost before began to return a little, and I began to take them back to my disposal.

Work again began to give more positive mood than empty worry. Not without mistakes of course, but still. And brokers have become much nicer and more beautiful :) And here I am once again interested in the once my favorite, in the distant past, a company which, as always, very aggressively advertised. Still would. When it use such methods of profit, I'm sure they can afford very plump and fat advertising budget.

I'm back. I ran tests and made a first profit – again I felt the same, rare in the life of the trader but all of us love the heat of joy with a bit of incurable feelings unrest somewhere deep inside me. It is no coincidence, but rather the wonder that that excitement was a bit. After receiving daily report on the trading and and not foreseeing problems, I went on a sleep. Next day was productive and in a good mood, I analyzing everything, in search for the next favorable entry points.

But good, as we all know, doesn't last long and the next day, towards evening I got a «fatality» – transactions just disappeared from history!

Yes-yes, friends, I have not seen such techniques for a long time. They just disappearance on my trade account. As if I did not commit them. And with them the profit earned by me also disappeared. The only explanation for such an act on the part of the company was a letter with the following content:

Dear Customer!
We would like to inform you that, pursuant to paragraph 10.37 of the Trading Rules, the Company decided to invalidate the transactions you made on the 6**8 account on 16.03.2017 between 8:00 pm and 8:10 pm EET, as the profit was generated from the use of the software vulnerability Company.
Also, in accordance with paragraph 10.36 of the Trading Rules, the Company invites you to change the account type to ecn.mt4, pro.ecn.mt4 or ecn.mt5.
Best regards,
Alpari

I want note that the spikes at this time was not!

I applied for explanations in the chat, where nothing intelligible and reasoned to me was not givened. Screenshots attached at the end of the text.

After a few days of wandering around the company's forum, I have not found resonance on this topic (which is strange, because if there vulnerability were 10 minutes(!), how did they express, this could not touch me alone? Or could? A very suspicious silence...), I sent a claim.

The answer, ridiculously predictable, I got under a carbon copy from the chat. Screenshots at the end of the story. In response, I asked to give me specifics on the situation - company did not give the answer. In response - just silence.
In general, the methods are simply wild, in the best traditions of the Russian crime of the 90th. So, it is obvious that giving the clients their profits is clearly not included in the plans of this company.

I'll try to spread this information on the network, in the hope that it will be some kind of positive effect...

P.S.
Judging by the actions for which I stopped working with Alpari several years ago and with trying to return to the company, the owners of the company, the managers, or those who set their tone and make similar decisions lose the last control of the convulsive appetite For profit at any cost. Which leads to the striking unscrupulousness of the company, and I to reflections on the veracity of many theses, which are given in such materials, although they are obviously custom-made. Apparently, such sources really reflect the true business vector of these people - this is terrible.

So think, friends, would you like to lose in an empty your time and money on this company...

P.S.S.
I apologize for the my level of English. I did not often have to communicate on it, but I tried. 🙄
I wish all correct forecast and honest brokers!
Attachments: 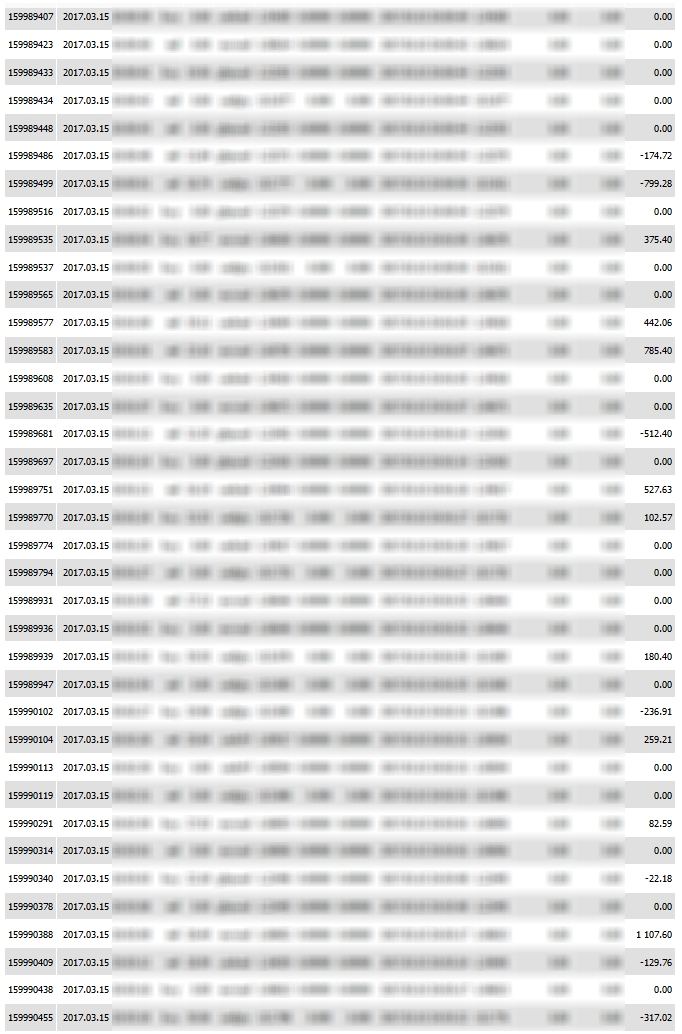 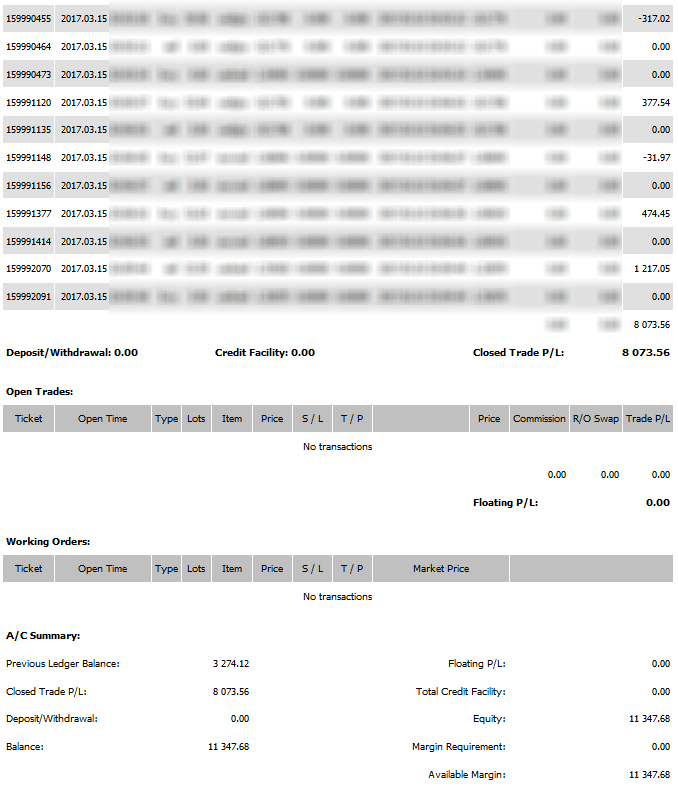 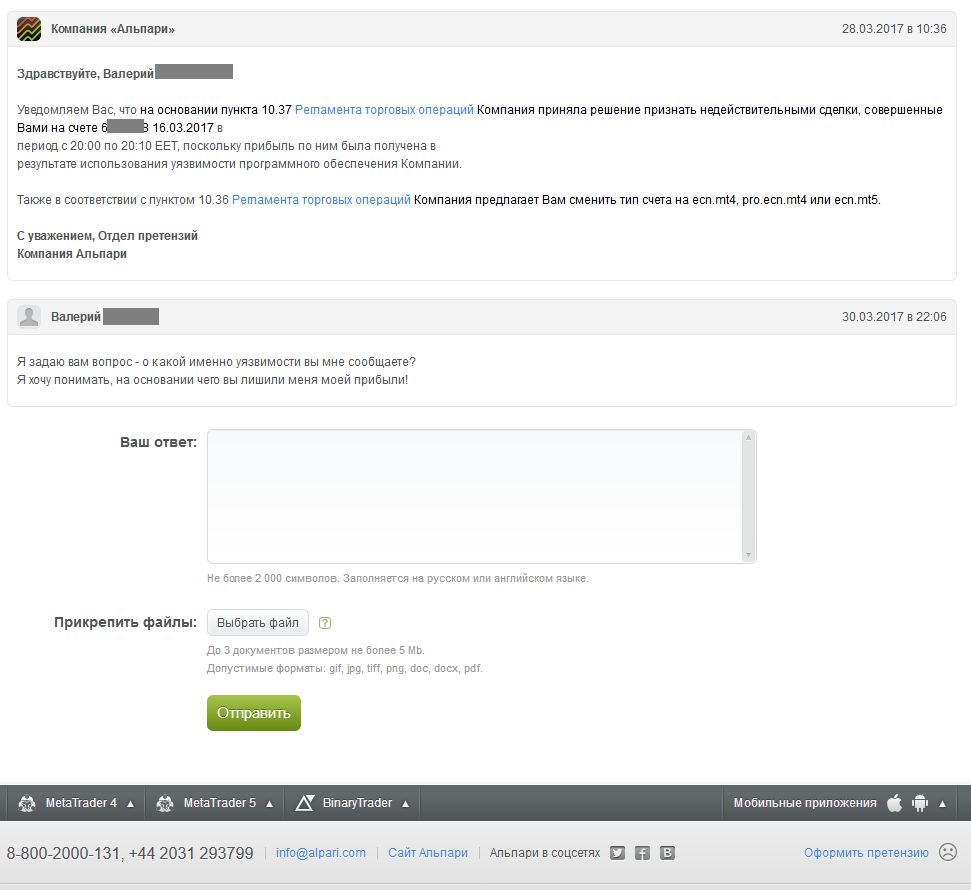 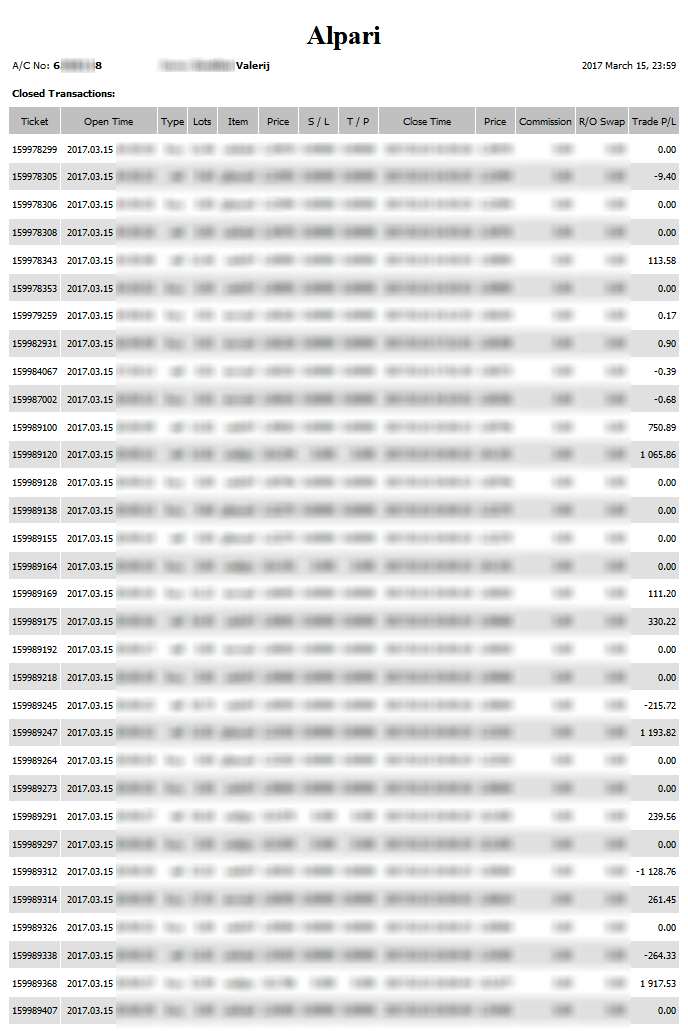 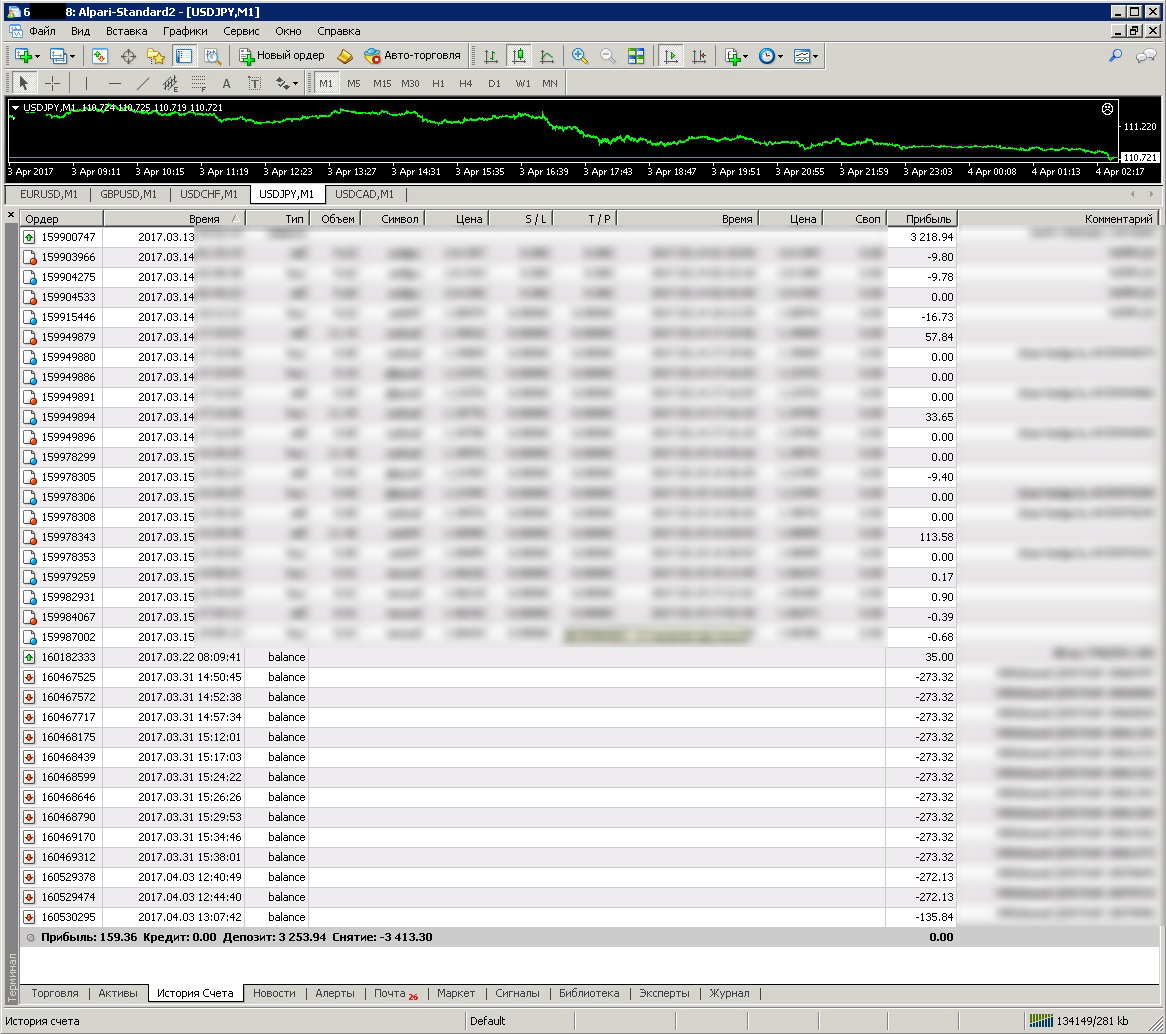 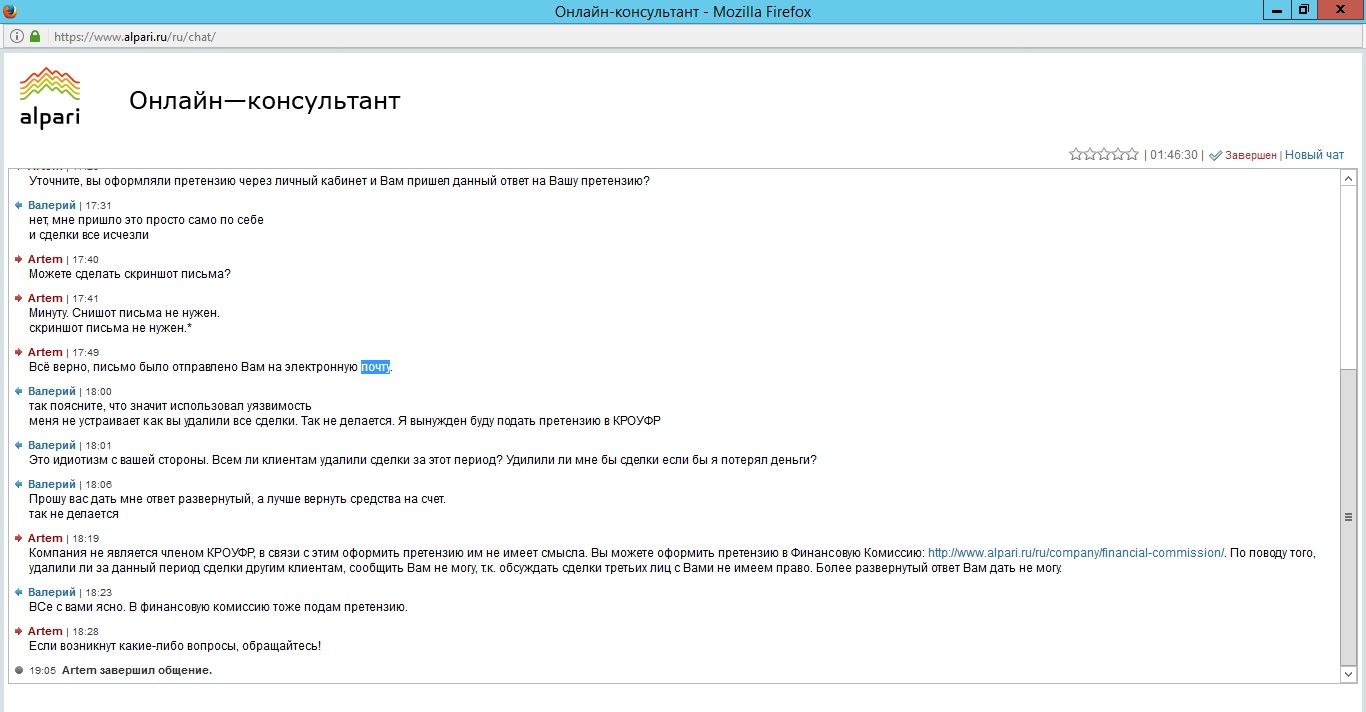 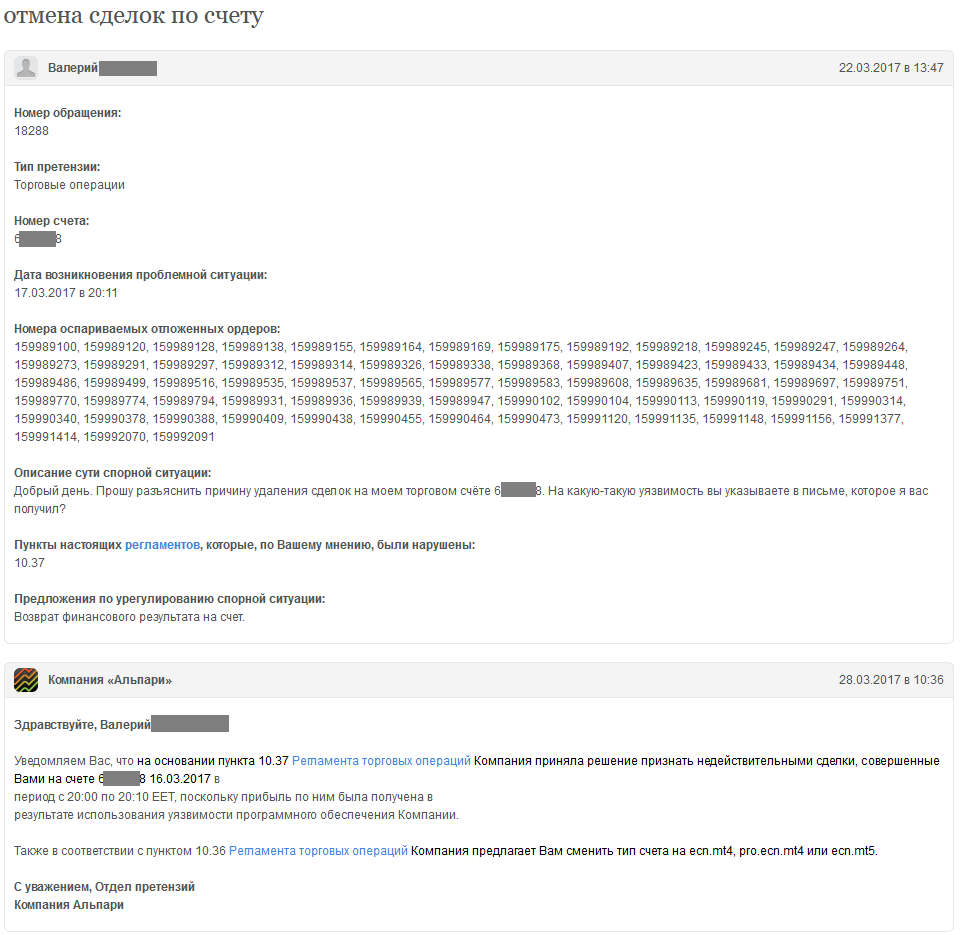 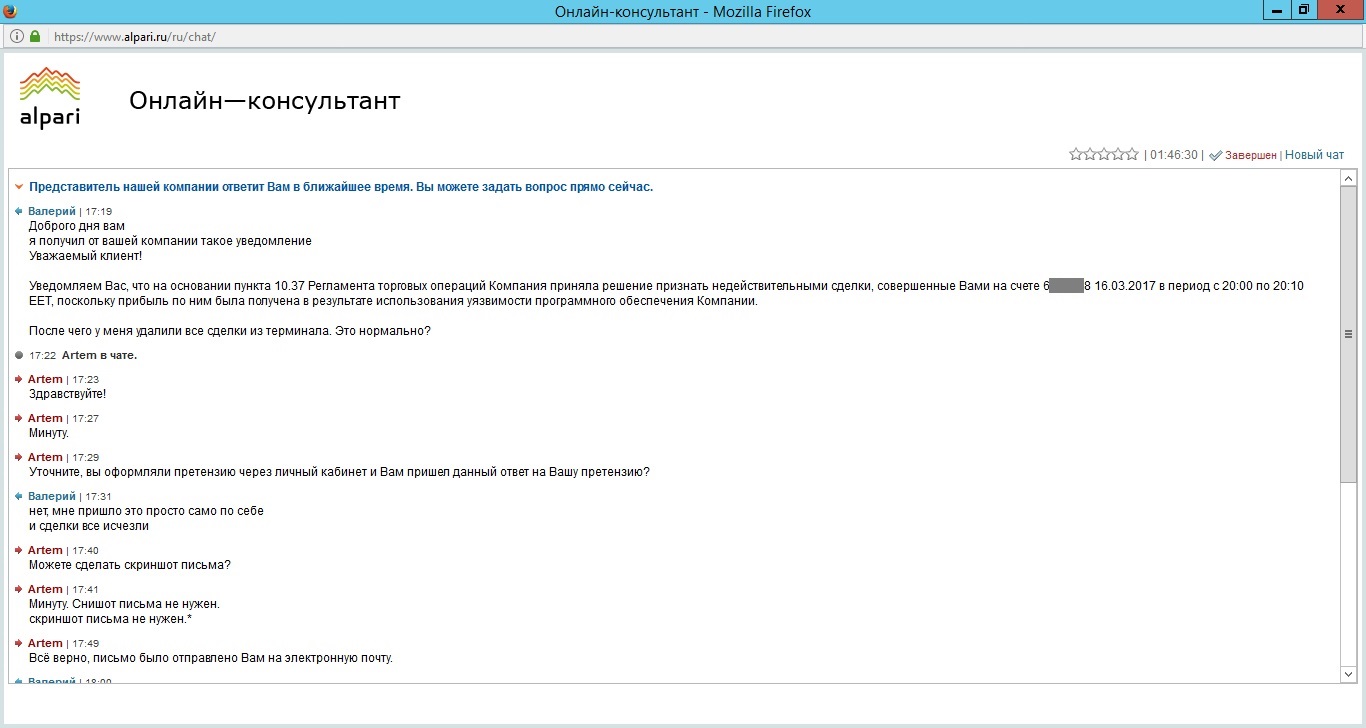 I made a $600 withdrawal from my live account on friday morning and expected to get the money that same day. i got the money on tuesday after several phone calls and stress, i was forced to receive the money in Naira (Nigeria's currency). This is a sign of poor liquidity by the nigerian office.

I reached out to the live chat on the alpari site to raise this issue but i was pushed back to the nigerian office.

what i learned about the ordeal is Alpari DOES NOT have a UK office. They claim to be FCA regulated but i think thats just paper.

They only have regional WHITE LABELS and these offices can do as they please. (imagine dealing with a nigerian broker)

i think Alpari is just a provider of technology. so whatever happened to you came from the white label office you're dealing with.

togr posted:
With all the respect I can only repeat never ever trade with Russian broker.

Completely agree with you :)
Alpari, FX Pro, Roboforex, Insta .... etc. you can expect the same 'great level of service'

togr posted:
With all the respect I can only repeat never ever trade with Russian broker.

Completely agree with you :)
Alpari, FX Pro, Roboforex, Insta .... etc. you can expect the same 'great level of service'

BaldoN posted:
Yes, established in CY from Russians. They had before different name, but changed to FXPro.

BaldoN posted:
Yes, established in CY from Russians. They had before different name, but changed to FXPro.

Everybody 'regulates' with the FCA UK to hide thier intentions. its just a wolf in sheep clothing. Alpari does not have a UK office but it is regulated in the UK.

The 'regional office' scattered across the world are just individual introducing brokers using the alpari business name. Notice how they only do business in countries without regulation. Nigeria, Mauritus, Russia, Khazakstan, Ubekistan, moldova, belarus, Belize

These countries are literally lawless when it comes to forex. so if you have been scammed. You are on your own !

TiffanyK (TiffanyK)
Apr 07 2017 at 08:47
Member Since Feb 12, 2016   427 posts
I can confirm for Alpari. Know lots of people who terminated their accounts with this broker. Very very poor service.. Also will keep in mind regarding the other russian brokers. Thank you!

I thought you were one of the honest forex company but these insidious moves from Alpari did not expect.

I traded the same trade on 6 different brokers and on all i have profit trade except on Alpari.
This is a scam and i will post this on all forex related websites in couple of days if you don't reply.

Trade is open before the time that you say in your explanation and in 14:00:00 as seen from the pictures attached.

Nevertheless of your explanation, I request the return of my earned money.

Thank you for your request.

Please be informed that during the period from 14:00:04 to 14:05:23 14/07/2016 on the charts of accounts type ecn.mt4 and standard.mt4 found backlog of quotations of the instrument GBPUSD.
Thus the Company made a manifest error in the processing of your orders received under this instrument in this period.
Based on the above, the Company decided to cancel the financial result of these transactions through a corrective balance operation.

Your deal has been opened at the market quote, but closed already by non-market - therefore it had been canceled.

If you think your case requires individual consideration You can making a claim through your MyAlpari account on our website at the following link: https://my.alpari.com/en/complaints/ 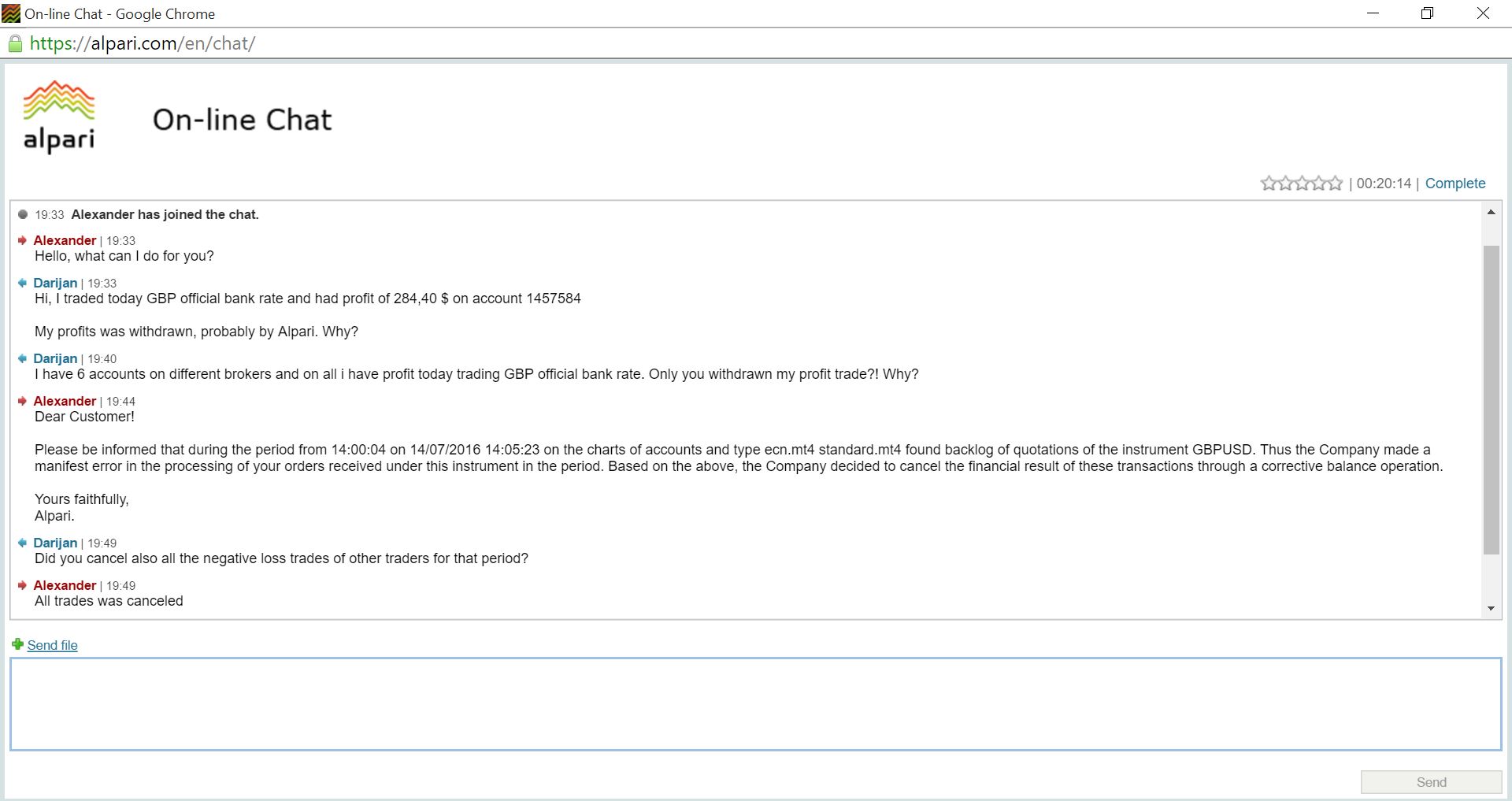 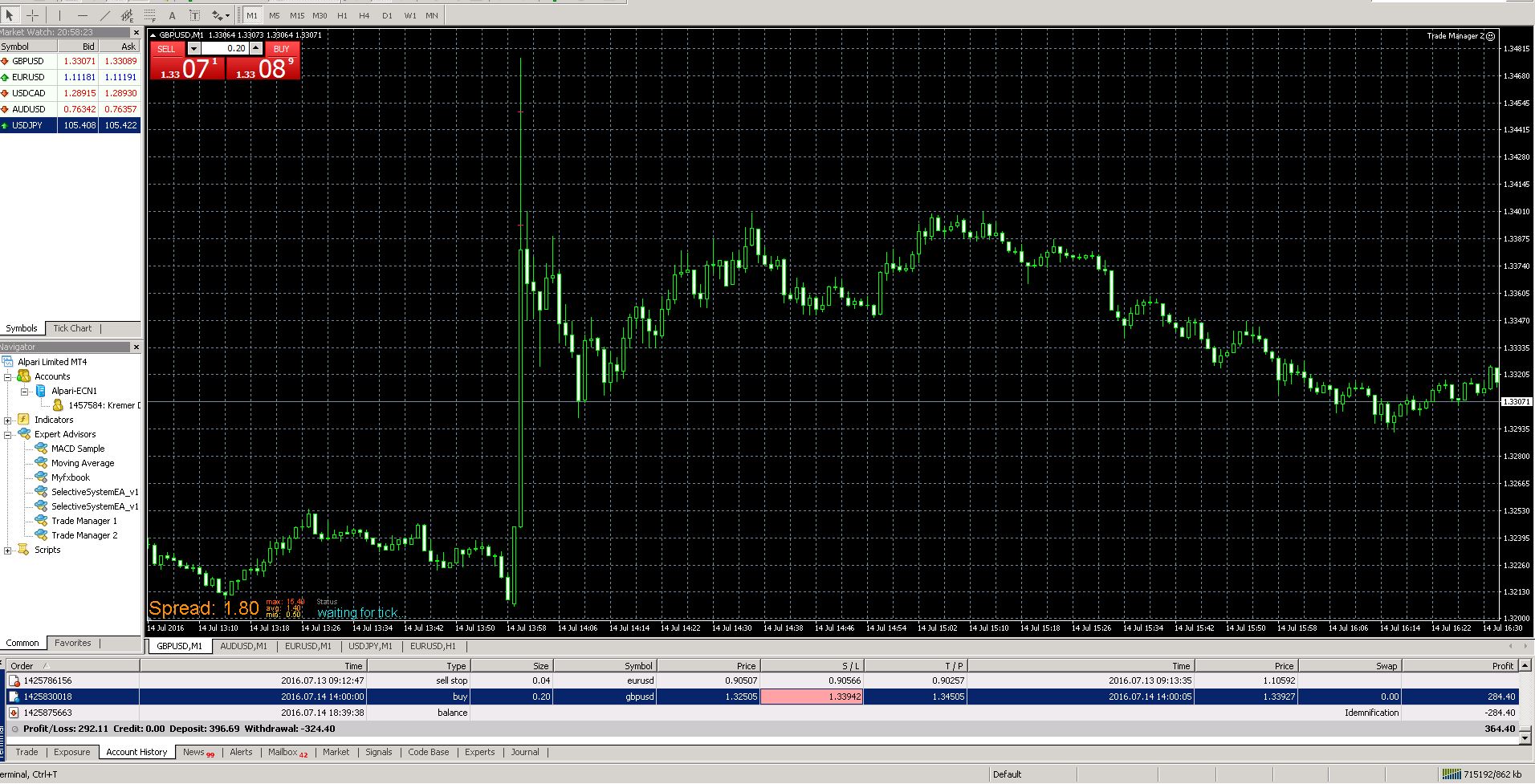