CodeMonkey (CodeMonkey)
Jun 17 2014 at 23:51
Member Since Aug 19, 2013   182 posts
You are showing previous trades on your account counting towards your account growth. Adjust the time from monday session and you will see you are behind me. 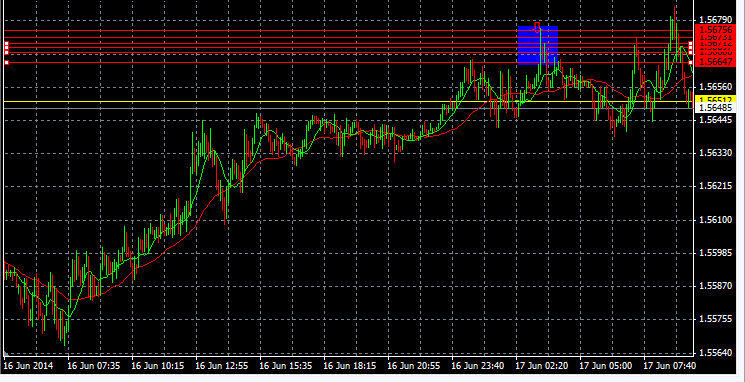 The blue box is where codemonkey took his position. Now I won't 'monday morning quaterback' his call, but you can see the amount of orders (the red lines) which were triggered by himself or his EA. Now the position which he took today was pretty silly because the price had already spiked almost 100 pips once he took the trade.

The chart below shows you WHY he took the trade. 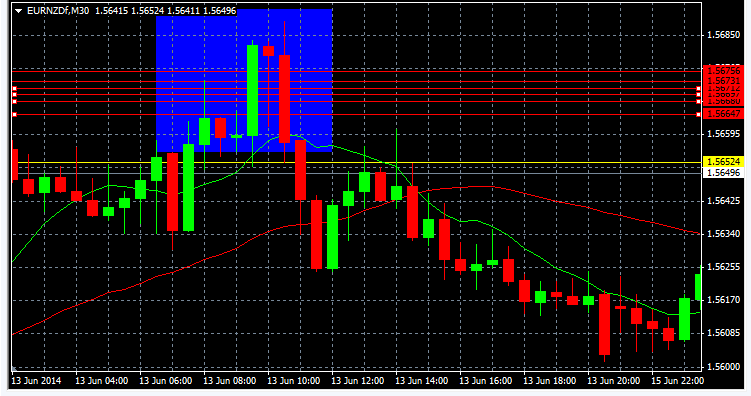 If you see the box highlighted in blue, that was the last time EUR/NZD accumulated before dropping downwards, and recovering today. You can see his pending BUYS were made at the same level in which EUR/NZD accumulated several trading days ago. That is one of the dangers of trading support and resistance, is that at any given time a 'support' can be a 'resistance' or vica versa. So as of right now it is costing him 20 pips. He may end up closing those trades for profit, etc but the reality is he is simply wagering extension/reversal at the last accumulation level of a currency.

YOUR growth from monday session until now.

MY growth from monday session from now.

I've refrained from arguing with you because it is pointless, and we're suppose to be trading.
So please do so, and just stop arguing.

CodeMonkey posted:
You are showing previous trades on your account counting towards your account growth. Adjust the time from monday session and you will see you are behind me.

Who cares. Remember this is 2 weeks long, and I am simply one trade away from putting you to bed. It is evident to see that you aren't scalping, and your simply wagering on support and resistance, and doing very poorly at it.

Please don't analyze something you don't understand yet.

And yes, I am trading small lots, you're account is twice the size of mine remember.

YOUR growth from monday session until now.

MY growth from monday session from now.

I've refrained from arguing with you because it is pointless, and we're suppose to be trading.
So please do so, and just stop arguing.

No one is arguing. I'm simply looking at your trades, and leaving my comments on it. That's all. As for claiming I don't understand it. It is as simple as opening a chart. I can see EVERYTHING you've done, and your silly block orders proves that you are trading using support and resistance.

If you can put me out. Do it then.