The user has deleted this system.

feeaga
Jul 08 2012 at 22:25
Member Since Oct 01, 2010   5 posts
I was reviewing some of your previous trades and I see that the system does not use FIFO. Is there a setting to make your system FIFO compliant for U.S. residents? Thanks in advance.
Quote Message Report

fmonera
Jul 08 2012 at 23:37
Member Since May 10, 2011   8 posts
Yes. You have to set fifo=true.
There is no difference in profitability, so probably I will set fifo=true by default and remove the option in future versions.
Quote Message Report 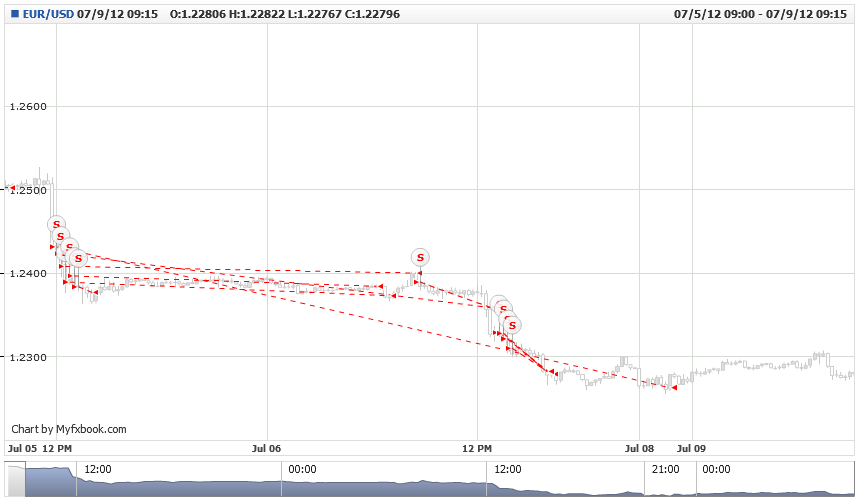 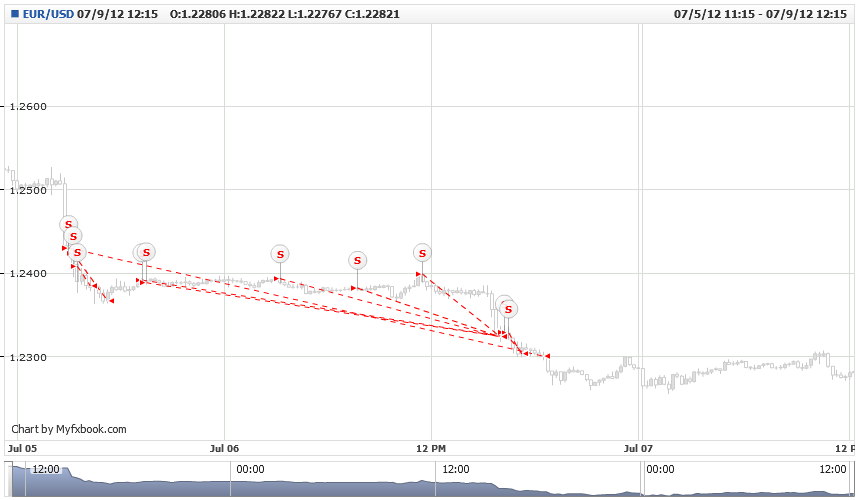 1) I tried to program the first strategy as similar as possible although there are some differences:
- Long period over 100 works in Robin VOL and in fact here are nice settings such as the one I posted on M5 with this value around 200.
- When the short period is different than 5, Robin VOL is much better, not sure why. Maybe there is a bug in their side but I don't know it.

2) We have a second complementary strategy

3) We have good position sizing (%risk, %risk adjusted to recent range and fixed), with no double sized lots and so on.

5) Trade management is different I suppose, although there are not much ways to implement a net-position algorithm.

6) It can work on different charts and pairs at the same time without one instance opening trades on other instances.

8 ) Server side Stop Loss and Take Profit without affecting profitability

10) Limit the EA to a portion of the complete balance

11) Can close trades on weekends

15) Our timed exit is based on bars and not on time, so it can be adapted to any timeframe. It can be configured.

There are more and there will be more. I have two more volatility formulas that are profitable and will be included in future versions. Walk forward too...
Quote Message Report

Antny (fughe)
Jul 10 2012 at 19:23
Member Since Jan 31, 2011   724 posts
Thanks for the explanation and honesty. Most developers would have denied it outright. Instead, you chose to be up front and let everyone know that it is the same concept with a completely different method backing it up. Nothing wrong with that at all.
Make losses, but always come out a winner at the end.
Quote Message Report

fmonera posted:
Here you have some differences and similarities with Growth Bot:

1) I tried to program the first strategy as similar as possible although there are some differences: 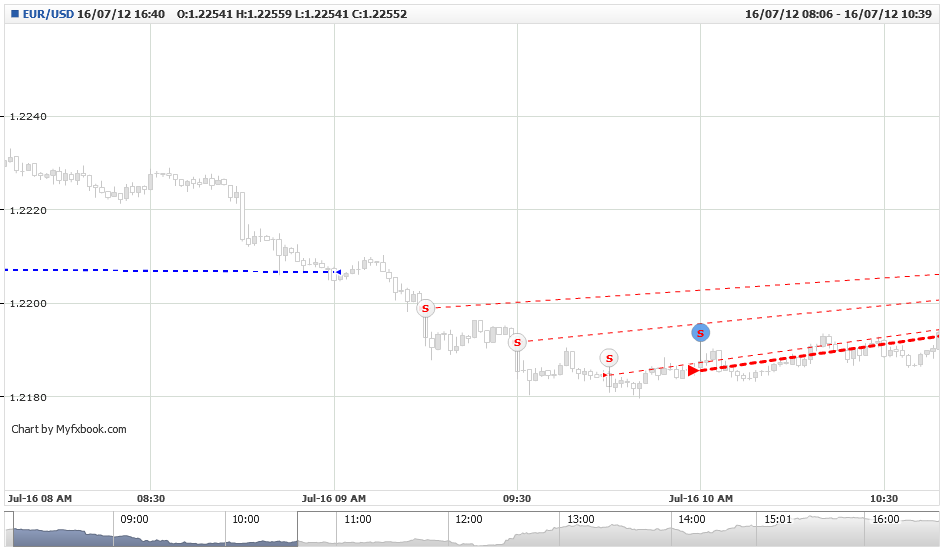 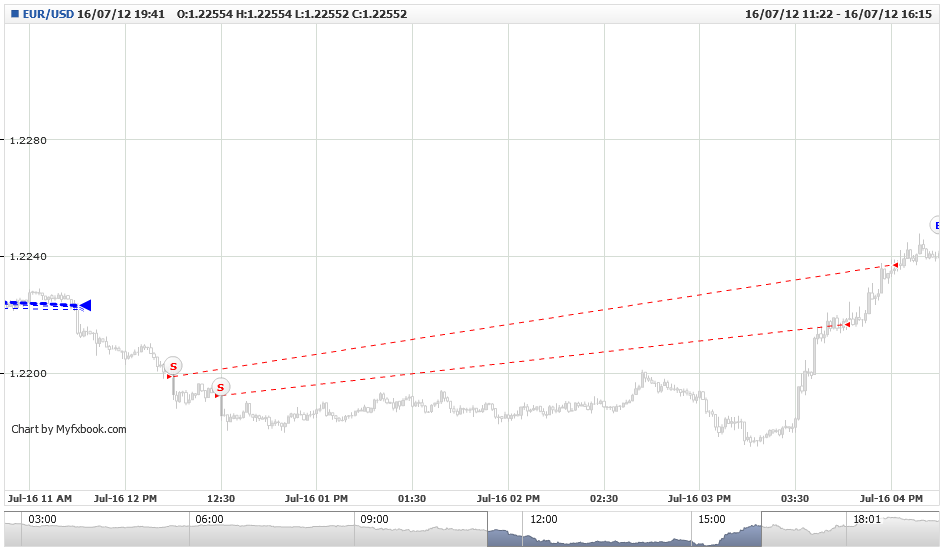 fmonera
Jul 16 2012 at 21:57
Member Since May 10, 2011   8 posts
As I said, I tried to program the first strategy as similar as possible, but there are differences stated above.
Quote Message Report

Antny (fughe)
Jul 17 2012 at 04:44
Member Since Jan 31, 2011   724 posts
Regardless of whether or not the same theory is used, it is a different system. The trades are not identical. Close...yeah. So what. I Mr. Morrison doesn't have issues with it, then it is legitimate. Everything that can be used has been used. The only thing left is to use it in a different way.
Make losses, but always come out a winner at the end.
Quote Message Report

ForexScam
Jul 17 2012 at 05:07
Member Since Mar 28, 2011   1008 posts
RobinVOl will use the FGB first signal ( since this system has an alarming success over the long term) and manage concurring signals a little different. The theory is to add to a profitable signal.

The signal is clearly Forex Growth Bot and whether Mr Morrison is getting Royalties from RobinVOL should be the only morality here.

Do you remember signal providers using FGB and then managing those trades differently? Their still using the FGB Signal whether they close or open concurring signals differently.
Quote Message Report

fmonera posted:
No it doesn't. If you restart the EA it will keep managing the opened trades normally.