Sign In Sign Up
Calendar
Sentiment
Calculators
Open an account with XM Group
To use chat, please login.
Back to contacts new message
Would you like to receive premium offers (available to Myfxbook clients only) to your email?
You can unsubscribe from these emails at any time through the unsubscribe link in the email or in your settings area, 'Messages' tab.

This means nothing. Please find me a link directly from the regulator with an license number.

This means nothing. Please find me a link directly from the regulator with an license number.

Then why don't you have your advertised broker account?
Also, why aren't you looking for an advisor or a system there?
What is the meaning of your recording?

He just advertises his broker)))

My name is Berk!

Your trade is real and looks reliable.

You are using different brokers, this is a good signal.

Is it the same EA trading?

Another new myfxbook account that supports their accounts on unregulated brokers.

The best part is that neither one their myfxbook accounts not in use Reputable regulated broker: https://fxeas.net/brokers

As soon as you point out their unregulated brokers and fake EA sales, they will create fake website, member account or documents in order to scare you. There is nothing to fear. They attacked several members in myfxbook.

Unregulated brokers and fake EA sales from this members:

It's all written by one person in FPA:

All their websites have the same Hosting Provider and IP Address.

MyEAForexBank
Oct 03 2020 at 13:22
Member Since Oct 01, 2020   1 posts
GMS International PTY LTD from website gmsforex.com and so called New Bridge Technology from forexbanks.vip stole my money in a Ponzi scheme. They stole 12455 USD of my own money. They also stole 4820 USD from my brother. They stole this money, using fake trades and software is just the cover for their fraudulent activity. David Ruscelli - public figure and trading expert proves in a video: that they run a Ponzi scheme. In real time he copied autotrading from their fake platform into the real broker environment and results of those copied trades in the real broker environment were completely different - didn't end after 10 seconds with the immediate profit like in the GMS Forex trading environment. In normal trading environment, there is floating profit/loss and you cannot find identical or very similar duration of each trades (10 seconds) like on the GMS Forex MT5 terminal with such results - each time profits, unless they want you to experience complete and utter loss of all of your money in order to steal it, and also you can't find very similar or even identical results after only 10 seconds - all the time - with the same numbers in a row, like for example: 2100, 2100, 1950, 1950 etc. It's impossible. Each of those fake trades lasted approximately 10 seconds with identical and very similar results in a row. GMS Forex trading environment serves the purpose of running very dangerous and sophisticated Ponzi scheme. They cleaned out my account and my brother's account using those fake trades and the software is just an excuse to steal money and run this Ponzi scheme. The only thing this EA 'software' - which by the way I have never seen on my own eyes - can do is just open trades, and the trading environment from GMS Forex isn't even connected to the market. It's totally manipulated and it serves the purpose to run a Ponzi scheme. This trading environment shows fake results to serve the purpose of running a Ponzi scheme. In reality trades on GMS Forex MT5 trading platform are fake and profit/loss doesn't come from the market. Trades are only uploaded in the account history as for the excuse to brutally steal money from their victims. As you can see on the screen, my account was cleaned out with fake trades on fake GMS Forex MT5 terminal - not connected to the market and my money was stolen by GMS International PTY LTD and New Brigde (forexbanks.vip) - one entity. Currently the case of their Ponzi scheme is at the police and they are checking collected evidence. As it turned out, there are many more victims of their Ponzi scheme.
Attachments: 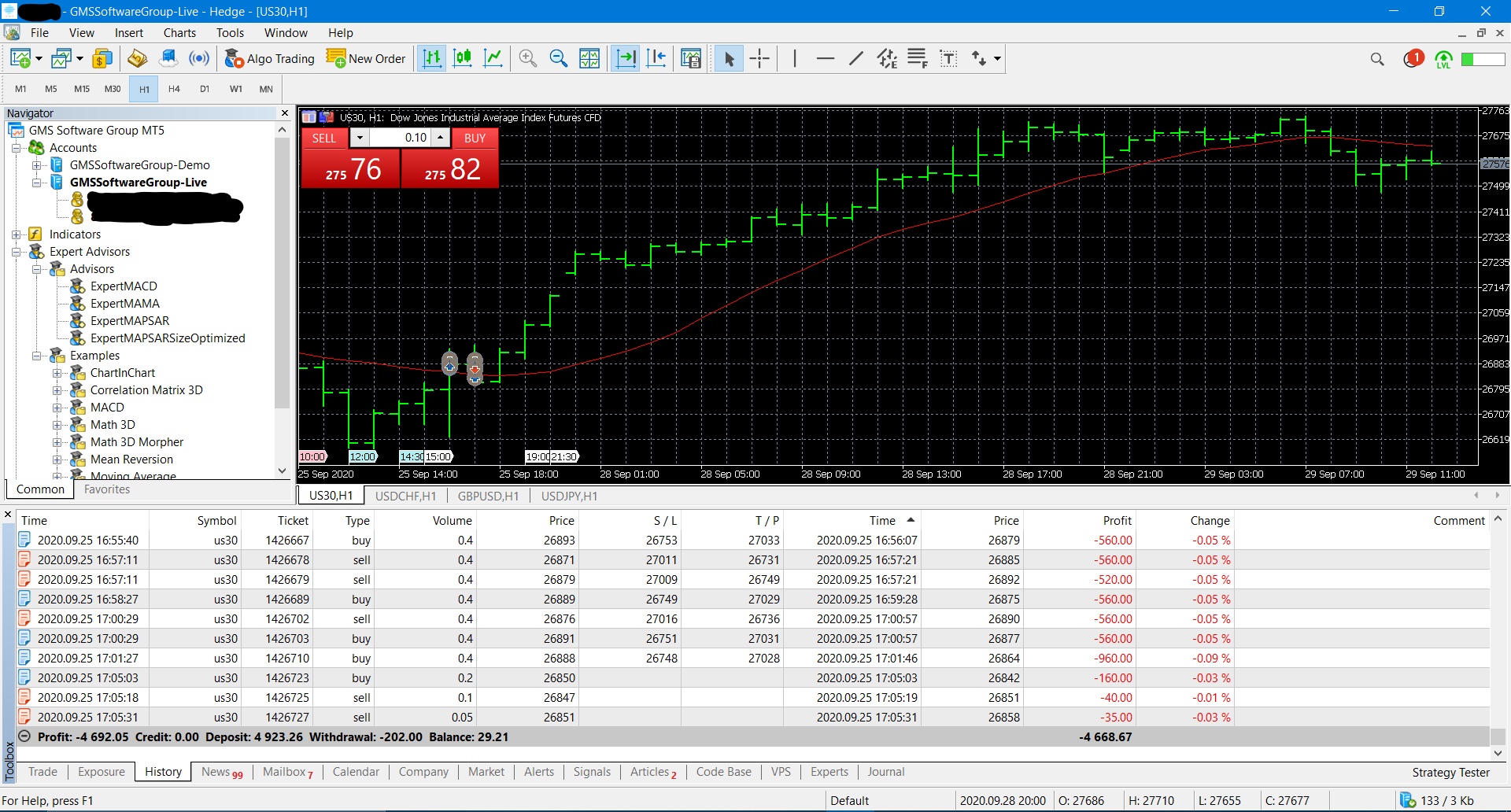 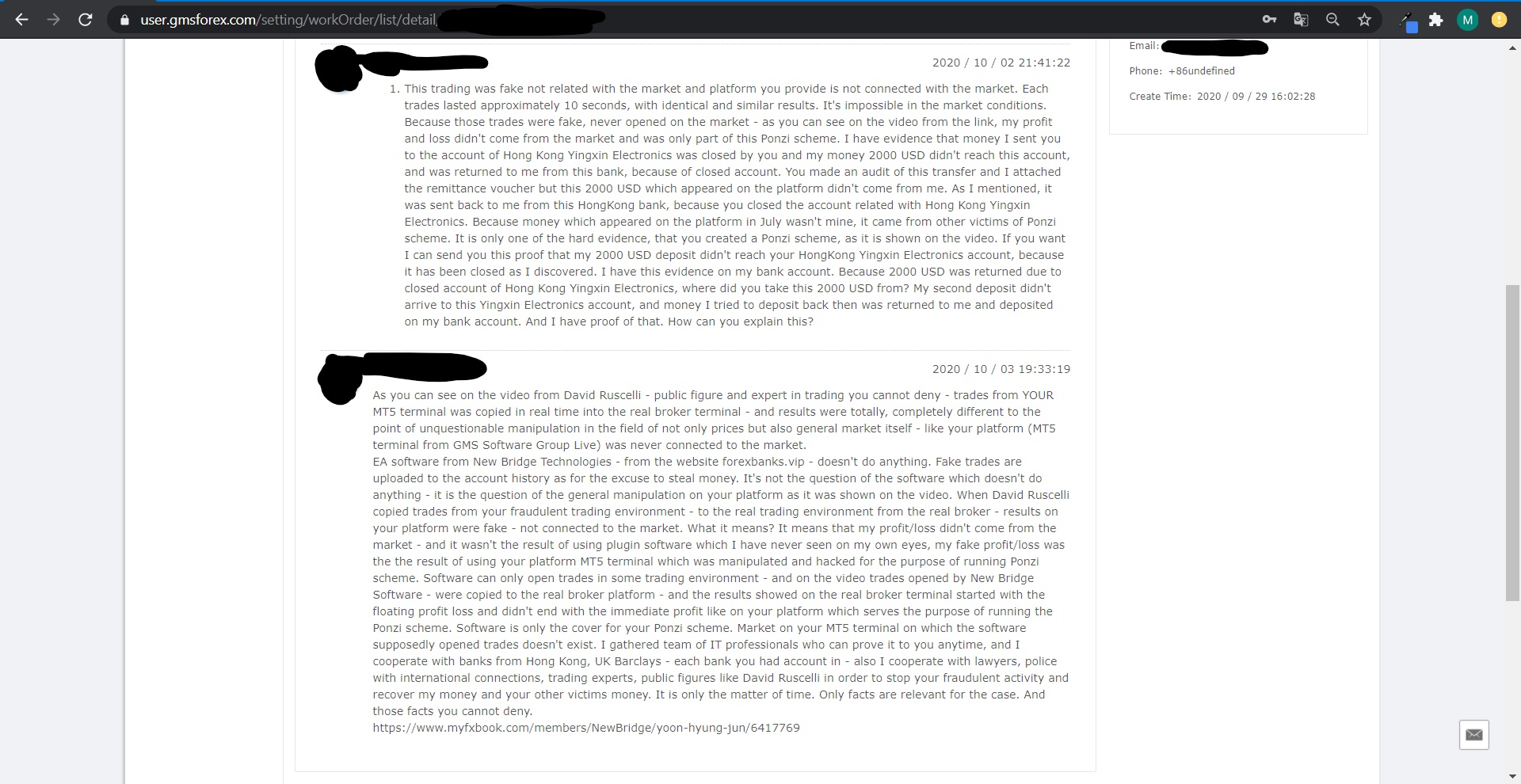 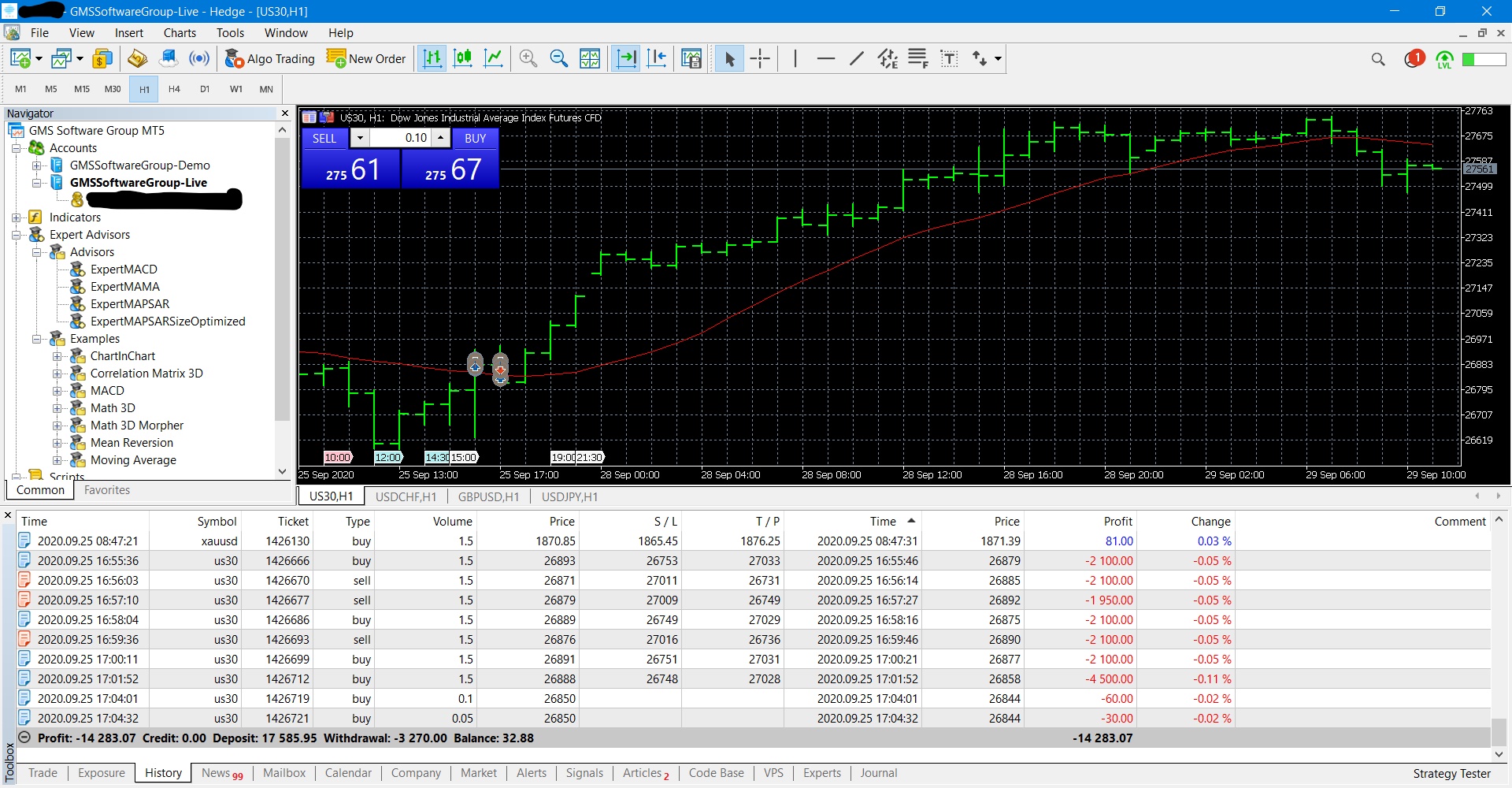 English
©2021 Myfxbook Ltd. All Rights Reserved.
HIGH RISK WARNING: Foreign exchange trading carries a high level of risk that may not be suitable for all investors. Leverage creates additional risk and loss exposure. Before you decide to trade foreign exchange, carefully consider your investment objectives, experience level, and risk tolerance. You could lose some or all of your initial investment. Do not invest money that you cannot afford to lose. Educate yourself on the risks associated with foreign exchange trading, and seek advice from an independent financial or tax advisor if you have any questions. Any data and information is provided 'as is' solely for informational purposes, and is not intended for trading purposes or advice. Past performance is not indicative of future results.