Are you blocked in discussion groups....?!!! Please come here and tell us..!

Take care of this guy and his EAs.

otprofit posted:
YES, Profix-EA and Dino177 blocked my posts.
I suspect this 2 IDs are the same person.

During week i sent a mail to ask for the expert because it is 'too' profitable. I was already cheated with IMPALA EA and i do not trust.
I will notice when responded
Don´t tell me how backtesting/demo-profitable you are. Show me your REAL ACCOUNT and impress me.
โควต ข้อความ รายงาน

otprofit posted:
YES, Profix-EA and Dino177 blocked my posts.
I suspect this 2 IDs are the same person.

Yes, I'm sure that these are 1 people because I was blocked on profixea thread when Im trying to warn people about suspicious EA. I never comment or do anything in Dino177 thread but get blocked from comment too. 100% same people, 100% scam!
[email protected]
โควต ข้อความ รายงาน

rule number 1:
Never get involved with any vendors that date registration is under 2 or 3 years!
โควต ข้อความ รายงาน

ahmedfouad posted:
This guy blocked me...!!!

Ozzie Matt (aeronthomas)
Mar 02 2015 at 00:26
เป็นสมาชิกตั้งแต่ Dec 04, 2010   1557 โพสต์
I have blocked this Cholipop as he is a convicted SEC fraudstar who was convicted for a pump and dump stock scheme stealing clients funds. Unfortunately I still see all of his inane stupid posts in every damn thread, as he hijacks them all, and even though I have blocked him they still all appear. Blocking seems to prevent mail messages only and that's it. Was wondering how long it would take this troll to show up in this thread the same scammer that people earlier in the thread were saying they have blocked.
โควต ข้อความ รายงาน

Ozzie Matt (aeronthomas)
Mar 02 2015 at 00:35
เป็นสมาชิกตั้งแต่ Dec 04, 2010   1557 โพสต์
Just so everyone has the article for reference what Cholipop did https://nypost.com/2007/04/09/kid-i-d-thief-in-1m-stock-crock/.
Hello everyone. I write this to make known the identity of Cholip. His Name is Alexis Ampudia, he is a person who knows a lot in theory, but in practice does not know how to manage accounts or do trading.
I am one of those who have placed full confidence in him and in one day has dropped 50% since that day did not return to answer and disappeared like a coward.
All his accounts are 1 month or two at most. No consistency and stability and not know how to properly manage the risk. He can put trades which each pip can be 1% of the account and hold the loss floating more than 50pips !!

I wish you great Xmas to all


The Securities and Exchange Commission announced that it obtained a temporary restraining order and an emergency asset freeze to halt a market manipulation scheme that used stolen identities of innocent victims to manipulate the markets.

In an emergency federal court action filed April 5, 2007, in the United States District Court for the Southern District of New York, the Commission charged Alexis Ampudia, a 22-year old Panamanian citizen and resident of Brooklyn, New York, with conducting a fraudulent scheme involving the manipulation of the prices of numerous securities by using brokerage accounts he had opened in the names of identity theft victims, without their knowledge or consent. The Commission alleges that, since November 2006, Ampudia made at least $140,000 in unlawful profits by manipulating the securities of at least five publicly traded companies.

Acting on the Commission's request, the Court issued a temporary restraining order which, among other things, prohibits Ampudia from further violations of the federal securities laws, freezes his assets and orders the repatriation of funds taken out of the United States.

The Commission's complaint alleges that Ampudia first purchased shares of small, thinly-traded companies, with low share prices, through his own online trading account. Immediately or soon thereafter, using online brokerage accounts Ampudia had opened in the names of identity theft victims, Ampudia placed a series of large purchase orders for the targeted securities, for the sole purpose of artificially increasing the price of the securities he had just purchased at lower prices. These purchases created buying pressure and the false appearance of legitimate trading activity, which caused the price of the securities to greatly increase. Ampudia then, at a profit, sold the shares he had earlier purchased in his own account.

The complaint charges Ampudia with violating Section 17(a) of the Securities Act of 1933, Section 10(b) of the Securities Exchange Act of 1934 and Exchange Act Rule 10b-5. The Commission's Complaint seeks permanent injunctions against future violations of the foregoing federal securities laws, disgorgement of ill-gotten gains plus pre-judgment interest thereon, and civil penalties.

Ozzie Matt (aeronthomas)
Mar 02 2015 at 00:36
เป็นสมาชิกตั้งแต่ Dec 04, 2010   1557 โพสต์
I believe the thread owner can block scammers like Cholipop who hijack every damn thread with his crap. We don't want to listen to convicted criminals.
โควต ข้อความ รายงาน

Ozzie Matt (aeronthomas)
Mar 02 2015 at 00:43
เป็นสมาชิกตั้งแต่ Dec 04, 2010   1557 โพสต์
Anyone can read all about it over at Forex Factory where this idiot was originally exposed with photos and screenshots etc. I won't waste anymore of my time on Alexis here.
โควต ข้อความ รายงาน

aeronthomas posted:
I believe the thread owner can block scammers like Cholipop who hijack every damn thread with his crap. We don't want to listen to convicted criminals.

Contact the O.P. and have him block me. It won't change the fact that I will continue trading, and profiting. This website has been built for people to load their accounts and build conversation around that. You guys who continue to call other trolls always happen to have more demo accounts, then real accounts. You are disgruntle due to the arse kicking the market has given you, and because I CONTINUE to do well, with high yield profits, and clients constantly wanting me to manage their accounts you continue to try to deter them by posting these non-sense of Alexis Ampudia. Yet, people don't care what you post. They only care about results, and if anyone has any evidence which proves that I am that person then please post it here for everyone to see.
โควต ข้อความ รายงาน

aeronthomas posted:
Anyone can read all about it over at Forex Factory where this idiot was originally exposed with photos and screenshots etc. I won't waste anymore of my time on Alexis here.

Post PROOF, not internet gossip which can't be proven by anything. If a person has sent me money, then they should have my name correct? Some sort of proof. You aeronothomas are upset that I would not trade youe 50usd account. Crazytrader of course is jealous of me because he can't seem to get out of red, and I always call him out on it. My accounts are verified, and I NEVER will request anyone to send me any money for any EA's or money to get signals from me. Why???? Well, because by simply linking their account to mine, they will always be able to make money. So until you get a client aernthomas then feel free to shut the hell out, I would even get my client who's 80k account I am running to post here, about my professionalism. Once he gets to 100k, he will move over to RVD and we will continue our wonderful journey to the GREEN lane. :)
โควต ข้อความ รายงาน

Ozzie Matt (aeronthomas)
Mar 02 2015 at 00:50
เป็นสมาชิกตั้งแต่ Dec 04, 2010   1557 โพสต์
https://www.forexfactory.com/printthread.php?t=513430&page=64 the link with all the details about Master Kiwa (MK), aka Cholipop aka new usernames all the time to avoid detection over at forexfactory, they have been revoking his membership time and time again. If people are stupid enough to trust their money with you that's their problem.
โควต ข้อความ รายงาน

Ozzie Matt (aeronthomas)
Mar 02 2015 at 00:52
เป็นสมาชิกตั้งแต่ Dec 04, 2010   1557 โพสต์
Cholipop I have never asked you to trade a $50 account ever full stop. I am not stupid enough to trust my money to scammers like you. My profile shows one of my accounts and it's over $1000 and not a cent account which Global Prime don't offer. I don't want to get clients, I trade for myself not for others.
โควต ข้อความ รายงาน

aeronthomas posted:
https://www.forexfactory.com/printthread.php?t=513430&page=64 the link with all the details about Master Kiwa (MK), aka Cholipop aka new usernames all the time to avoid detection over at forexfactory, they have been revoking his membership time and time again. If people are stupid enough to trust their money with you that's their problem.

My results speak for itself. It always has and it always will.
โควต ข้อความ รายงาน

ahmedfouad
Mar 06 2015 at 13:27 (แก้ไขแล้ว Mar 06 2015 at 13:28)
เป็นสมาชิกตั้งแต่ Oct 23, 2010   198 โพสต์
I will block Cholipop due to bad reputation as mentioned by many users experiences here.....and not to distort the thread from its main objective and to not confuse readers....He can open a thread to talk freely and as much as he likes about himself....
โควต ข้อความ รายงาน

sweetbellic
Mar 06 2015 at 17:57
เป็นสมาชิกตั้งแต่ Jul 25, 2014   18 โพสต์
No, my concerns were cleared and i'm fine the perfomance so far. And thank you for posting private messages in a public thread. very professional.
โควต ข้อความ รายงาน 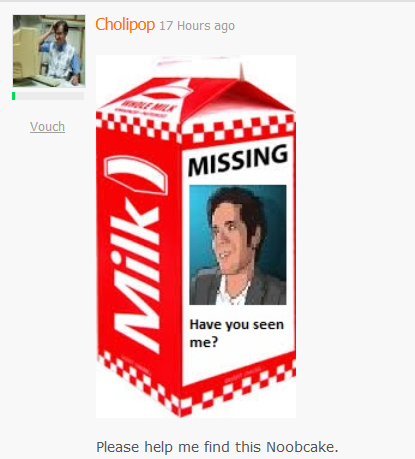 I blocked him already.....This thread should be to report specific 'blocking' incidence for the benefit of others and to warn of potential scammers before getting paid for craps and it shouldn't be for arguing, fighting, mocking or useless discussions.
โควต ข้อความ รายงาน
โปรดเข้าสู่ระบบเพื่อแสดงความคิดเห็น

You can disable notifications at any time from your browser.
ดำเนินการต่อ