MetaGenix posted:
Looks like the account it coming good - kudos for hanging in there during that draw down!

MetaGenix posted:
Looks like the account it coming good - kudos for hanging in there during that draw down!

Clearly you are unable to actually read the stats.
Let me clarify that for you. 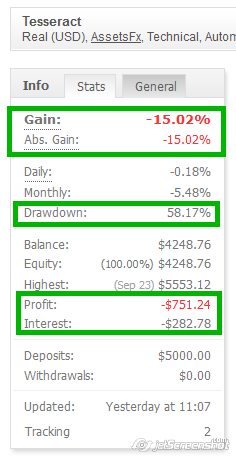 This is a HIGH RISK trading account with little to no risk management.

The extremely high draw down shows that that bad trades are just being held regardless of how bad they are. 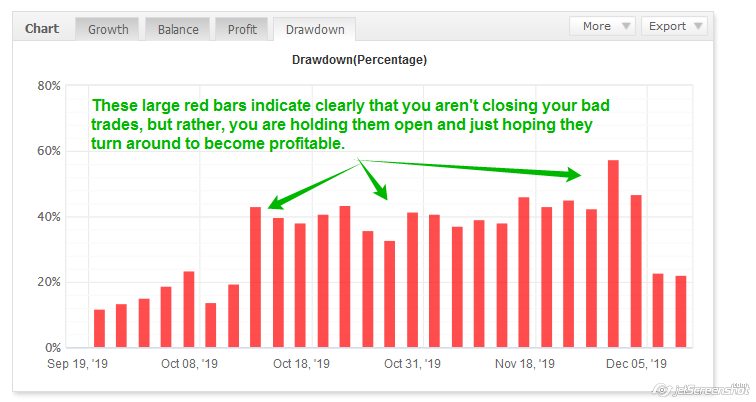 A drawdown of 58% is the same thing as saying that you've lost 58% of the investment capital.
The bad trades are being held open, when they should be closed.
If the bad trades were closed you wouldn't have a 58% DD. 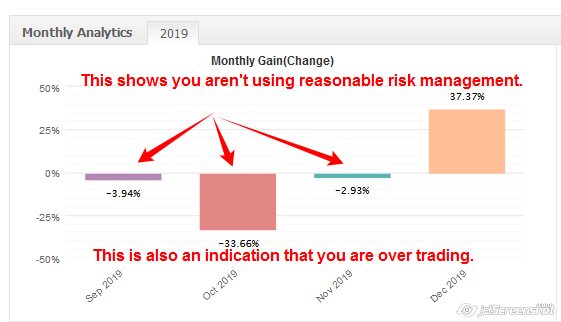 Currently the account is at a greater than -15% loss of the investment capital.

It's bad trading without the use of Risk Management and this should NOT be praised at all.

If it looks too good to be true, it's probably a scam! Let the buyer beware.
โควต ข้อความ รายงาน

Andy (MetaGenix)
Dec 16 2019 at 03:00 (แก้ไขแล้ว Dec 16 2019 at 03:03)
เป็นสมาชิกตั้งแต่ Oct 20, 2014   4 โพสต์
Hey I'm not praising the EA at all and totally agree with your sentiment. I'm merely giving kudos for the account owner hanging in there thru that appalling (and ongoing) draw down.Probably badly worded on my part considering the EA is a sham.

It was produced by the same author that wrote the ShapeEA - not sure if you were aware of that one on the MQL5 market, but it got shut down and refunded to those who requested their money back. Well its the same sham author that wrote Tesseract.

I suspect this is the same or similar EA. The back tests completely fall apart after the release date, which proves the EA has hard coded back test data built in, or is almost perfectly curve fitted to the past history. Either way, it's to be avoided at all costs. As there were only two people tracking this account (one of them being me), I wan't too concerned about my comments, and didn't I think it would get such a reaction - lol

I've been trading for 15 years, so I know all about draw down and risk management, but appreciate all the screen shots - I'm sure others will find them useful. In hindsight, I should have worded my comment a little better, just in case it was taken out of context or as any sort of praise for the EA itself.

You can disable notifications at any time from your browser.
ดำเนินการต่อ